Do party conferences matter? Why the die may be cast for Ed Miliband 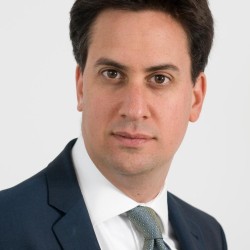 There is an inevitable amount of attention on political party conferences, and as Labour’s conference comes to a close and the Conservative conference begins, people will be wondering if they will make a difference. Conferences are important signals of policy commitments and intent. But the direct electoral significance of party conferences is almost always negligible or imperceptible. Only very strong and significant cues about policy, personalities or competence seem to cut through people’s existing opinions and views about politicians and political parties.

Take views of Ed Miliband. Our British Election Study internet panel has surveyed the same people (some 25,000 respondents) in February-March 2014 and again in May-June 2014. The degree to which people gave a substantially different opinion (moving from negative to positive or positive to negative on our 0-10 like dislike scale, excluding don’t knows) of Ed Miliband between these surveys was only 6.6%. The public has made its mind up about Ed Miliband and that opinion is mostly negative. 28% held a favourable view of Ed Miliband in the first wave, and 26% in the second. The same stability in evaluations can be seen for ratings of David Cameron (5.7% change), Nick Clegg (6.4% change) and Nigel Farage (9.2% change). Note that more people changed their minds about Nigel Farage, with double the number moving to positive as moved to negative assessments. [All data are weighted using wt_full_W1W2].

We usually expect people to hold positive views of their leader if they support the leader’s party. Party supporters will be more likely to agree with the policy the leader espouses, be more likely to be loyal in their evaluations of their own leader, and will be more likely to give answers to surveys that are consistent with the affiliation they report. Only deviations from this pattern have the potential to be electorally decisive. The following table reports the percent of party supporters (those who express an identification) of each party that exhibit a ‘like’ for their leader (if scores are positive on our 0-10 like-dislike scale, excluding ‘don’t knows’). This draws on data from the most recent May-June wave of the BES internet panel:

Ed Miliband’s leadership suffers from a particular unpopularity challenge within (and outside) of his party, as we saw in the recent independence referendum campaign in Scotland where it was Gordon Brown not Ed Miliband who was called upon to win over Labour yes supporters. It was undoubtedly not just Gordon Brown’s Scottish roots that were the cause of his strategic campaign intervention. Nick Clegg suffers from the same problem, as shown above.

Among undecided voters, all parties have an opportunity in the coming seven months before the 2015 general election, but the extent of that opportunity differs across the parties. We ask people how likely they would be to ever vote for each political party. The split of undecided voters’ (those who have yet to make up their minds how they intend to vote in 2015) answers to this question for the main national parties is as follows (reporting the % of people who give an answer above 5 on a 0-10 scale, excluding those who answered ‘don’t know’). This again draws on data from the most recent May-June wave of the BES internet panel:

The above table shows how undecided voters lean in their possible vote intentions, should they actually turn out and vote. Labour and the Conservatives have the same and the highest vote potentials among this group of undecided voters, followed by UKIP, the Greens and the Lib Dems. Translating this potential into votes for Labour is Ed Miliband’s challenge in the coming months.

Download the British Election Study data in SPSS or STATA formats to learn more, or watch for our BES Data Playground (coming soon) which will enable you to analyse BES data online without the need to download the data.