How we’re (almost) all swingers now 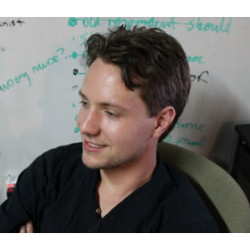 For many decades, political parties have competed furiously for the great prize of British Politics: the affections of the swing voter. It wasn’t that long ago when there were relatively few political swingers: until the 1990s, General Election results really would be won by attracting a relatively small group of voters who simply hadn’t made up their minds and could very easily vote for either of the two main parties. Political parties have based their strategies around targeting these wavering voters. The most famous example was Tony Blair’s move to the centre-ground of politics, making an appeal to middle England rather than Labour’s traditional working class base.

Most people had settled views – which just weren’t going to change: the public was either Labour or Tory through and through. This may have been true once – but using British Election Study survey data, we can say with some certainty, it isn’t now. That once relatively rare breed -the swing voter- is becoming increasingly common and that means party campaigners are going to have to come up with new tactical thinking. The change can also explain why the challenger Parties: UKIP, SNP and the Greens have made such an impact over recent years.

By looking at how many voters change parties from one general election to the next, then, we get a clear picture of the rise and rise of the swing voter. The British Election Study survey panels over the last fifty years are unique in that they are able track the same voters from one election to the next. Using this approach, I have tracked the percentage of voters who switch their vote from one party to another between consecutive of elections.

According to the data, the proportion of swing voters has been steadily increasing ever since the 1960s. In 1966, only around 13% of voters changed their minds since the previous election. In 2015, 38% of voters changed their minds. While it’s not surprising that lots of voters switched in 2015, this analysis does show that there was surprising turmoil beneath the surface in 2010, despite a relatively small change in the performance of the parties. While these largely cancelled out that time, it set the stage for dramatic change in the parties’ votes in 2015 when the voters all shifted in the same direction.

We don’t yet know exactly where these swing voters live but this is one of the many things we will be researching as we drill down into this ever expanding group. Whether or not parties will need to change their campaigning on the ground, this research shows they will certainly have to think more carefully about their message.

These results suggest that swing voters are no longer a small section of the electorate who are being pulled back and forth by the parties, but a substantial chunk of all voters. This helps to explain why politicians have been so surprised by the sudden rise of new parties competing for groups previously thought to be reliable supporters. UKIP surprised both Labour and the Conservatives by peeling off older voters who had been with the parties for generations; the SNP hit Labour just as hard in the working class heartlands of Glasgow as it did in the rest of Scotland; and the Liberal Democrats MPs were rudely awakened when it turned out that the voters they thought were loyal to them, from many years of constituency service, melted away on election day.

In the past, parties had to worry about turning out their traditional supporters and capturing swing voters. But now, even if their base does vote, it might not vote the way they would expect – and hope. While the parties have been somewhat slow to react, there are some small signs that they are working to balance their message to all voters. George Osborne’s latest budget had something for everyone: from increasing the pension credit to shore up the elderly Conservative vote, to reducing the taxes for poorer workers with a higher tax threshold. Even the implacably left-wing Labour Party under Jeremy Corbyn has made some noises about the importance of balanced budgets. This may just be the start. If the number of swing voters stays this high, the parties will have to get used to defending themselves on all sides.