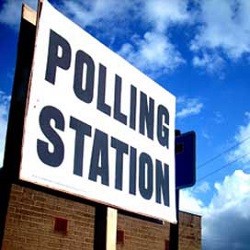 By Jon Mellon and Ed Fieldhouse

Because of its large sample size, spread across the 632 constituencies of Great Britain, the British Election Study Internet Panel is a valuable tool for understanding how voters are switching between parties. We have developed a BES ‘nowcast’ model to estimate the number of seats each party would win if voters switch allegiances in the General Election in the same pattern as BES panel members. Like a number other forecasters who presented at the LSE conference on Friday 27th March, our data suggest a hung parliament.

The model provides an estimate the current seat-by-seat share of the vote using information in vote switching since 2010 in the fourth wave of the BES Internet Panel wave 4 together with current opinion polling data (shown in Table 1) and the actual constituency results from 2010. We estimate a vote switching model to and from each party that takes variation by constituency characteristics into account (e.g. who won the seat previously, the vote share of the origin and destination parties; the level of immigration etc.). In order to take account of over-reporting of vote intention we re-weight the data using a model of turnout based on the pre and post-election waves of the 2010 BES. The models are also weighted so that the number of respondents voting for each part tallies with the average of recent opinion polls. We then apply the predicted probability of voting for each party to electors in each constituency according to who they voted for in 2010. This gives an estimate of the vote share of each party in each seat which, given some uncertainty about the estimate, can be converted into a probability of winning the seat for each party using the Firth formula. This allows us to produce an estimate of the number of seats that would be won by each party.

Because our models are based on flow of the vote, without any independent variables they approximate a proportional swing model (because, for example, a party whose support was halved nationally would lose half its support everywhere). However by adding in independent (predictor) variables including the 2010 vote share of the origin and destination party, the model is able to reproduce other patterns of swing, including uniform swing, if indeed that provides a better fit to the data. There are a number of assumptions that we must decide upon in order to make our estimates. These include (a) whether to use the Ashcroft question which invokes the local constituency and candidates, or the standard BES vote intention question[1]; and (b) whether to exclude respondents who say they don’t know how to vote, or to allocate them to vote as they did in 2010. Because they produce quite different results we show seat estimates based on four combinations of assumptions.

Ashcroft question: Thinking specifically about your own PARLIAMENTARY constituency at the next General Election and the candidates who are likely to stand FOR ELECTION TO WESTMINSTER there, which party’s candidate do you think you will vote for in your own constituency?

Table 2 shows that under all four sets of assumptions the BES data suggest a very close race between Conservatives and Labour, with only one seat in it either way using the Ashcroft question, but with the Tories coming out slightly further ahead with the standard question. The big winner in our models is the SNP who, with a 45% vote share in Scotland, are predicted to win most of the seats in Scotland. The Lib Dems perform rather poorly in the model reflecting the fact that they have haemorrhaged support since 2010 as discussed by Ed Fieldhouse elsewhere on this site. As demonstrated in that blog, the Lib Dems perform much better with the Ashcroft question largely because their incumbent MPs enjoy some personal localised support which is not necessarily picked up with the standard question. However the model predicts a disastrous result for the party whatever our assumptions. UKIP also perform poorly in the model. This may be genuine but may be a result of us not having good predictors of UKIP such that we predict a relatively flat UKIP share. With UKIP national pegged to 15.8% in England, this means the model tends to spread their support too thinly to gain them seats. In reality, UKIP may create enough momentum in a few constituencies including Thanet South (where Nigel Farage is standing) and their two existing seats. It is important to note that we do not account for idiosyncratic constituency level variation, only systematic variations in flows between constituency types. This potentially disadvantages more geographically diffused parties who could gain more seats because of local factors that are not included in the model.

In order to account for uncertainty in the results and give some indicator of the confidence intervals we sample from the win probabilities for each constituency multiple times. This means that if a party is predicted to win a constituency 60% of the time, it will on average win that seat in 60% of runs. This tends not to greatly affect the two major parties’ seat totals, but can make a big difference depending on whether the Lib Dems or UKIP have a string of good or bad luck. Table 3 shows the mean forecast and the fifth and ninety fifth percentiles (corresponding to the highest and lowest values for those percentiles we saw predicted across any of the four models). For example, this shows that in 95% of simulations the Conservatives got at least 271 seats (even under the least favourable set of assumptions for them) and no more than 299 seats (even with the most favourable set of assumptions). The mean forecast provides the average forecast across the four different combinations of assumptions. We take the average, because we do not have strong reasons to choose between the different assumptions and an average of multiple forecasts generally performs better than a single forecast. Our forecast indicates a small Conservative lead in seats, but no overall majority. SNP would easily be the third largest party and Lib Dems would be reduced to 11 seats, the fewest they have held since 1979.

Of course plenty can change over the next six weeks and this is a ‘now-cast’ rather than a forecast. However if this outcome did come to pass, the only realistic coalition arrangement would be between Labour and the SNP, and with Labour ruling this out, some minority government and even a second election would be a distinct possibility. UKIP and the Liberal Democrats would be unlikely to be strategically important in coalition negotiations, although in such a close race the hand of ether party would be substantially strengthened even by a much reduced Liberal Democrat Parliamentary party. Notwithstanding all these caveats what we can say with confidence is that a hung parliament is by far the most likely outcome of the election.