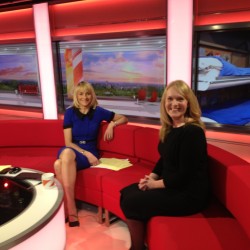 Asked whether she was surprised that the largest majority of viewers seemed to think Nigel Farage had won the debate, Jane cited BES data showing that a similar sized majority are closer to Farage’s eurosceptic views. She also explained that while Nick Clegg took a risk with his reputation in participating in the debates, his initiative for the debates could be explained by the Liberal Democrat’s need to appeal to traditional Liberal Democrat voters, who tend to be more pro-European; and many of those voters turned away from the Liberal Democrats when the party entered coalition in 2010. Finally, Jane raised the question of whether the accusations made during the second leader debates would further alienate and confuse voters already struggling to trust politics and politicians. This question of voter disengagement is one of the three key themes of the 2015 British Election Study.