Financial Literacy and Attitudes Towards Immigration 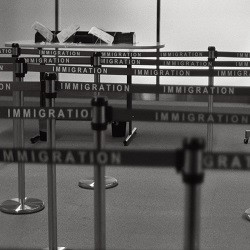 Financial literacy is the ability to use knowledge and skills to effectively manage financial resources at a personal-level. It is more than numeracy—“being good with numbers”—although numeracy is important in its own right. It includes for example the understanding of compound interest rates, nominal and real interest rates and financial risk diversification. The USA President’s Advisory Council on Financial Capability defines personal financial literacy as the: “… ability to use knowledge and skills to manage financial resources effectively for a lifetime of financial well-being”. People who are more financially literate have been shown to make savvier decisions pertaining to real estate purchases, insurance purchases, investing, saving, tax planning, retirement planning and pension planning.

One such issue is the political debate on immigration. Surveys have consistently shown that UK population as a whole has a negative attitude towards immigration. However, it is far from clear why this should be given the “evidence”. For example, a recent study by two economists at University College London (Dustmannand Frattini, 2014) has again highlighted that immigrants as group put more into the system through taxes paid than they take out in terms of benefits and welfare payments. Research has also shown consistently that immigrants do not take jobs away or forces down the earnings wages of native-born workers. So why the negative attitude?

Understanding the role played by immigrants in a modern economy such as the UK requires a considerable understanding of economics and finance, particularly the relationship immigrants have to the labour market. If true, you would expect more financially literate individuals to have a more positive attitude towards immigration. At the request of Dr. Georgios Panos (University of Glasgow) and Professor Robert E. Wright (University of Strathclyde), three measures of financial literacy were included on the Wave 2 of the British Election Study (BES). The survey also collected information about attitudes towards immigration.

Annamaria Lusardi, Olivia Mitchell and other colleagues have developed a series of questions that have been shown to be temporally consistent and internationally comparable (Lusardi and Mitchell, 2014). Choice is mainly a matter of the amount of time available on the survey. Research to date (mostly from the USA) suggests that there are three key dimensions of financial literacy. They are: (1) Understanding of interest rates (especially compounding); (2) Understanding of inflation; and (3) Understanding of risk diversification. Table 1 gives the three questions included on the BES aimed at capturing these three key dimensions of financial literacy.

The BES included several questions about immigration. In this note we consider three questions that capture, respondents view of the impact of immigration on the economy and culture. The questions are measured on:

Question 3: “How much do you agree or disagree with the following statements? … Immigrants are a burden on the welfare state”  Answer:1= Strongly disagree … 5 = Strongly agree

These questions attempt to measure how “positive” respondents are towards immigration through perceived cultural and economic impacts. One would expect that higher levels of financial literacy would be associated with a more positive view of the economic role played by immigrants.

Some evidence in support of this view is shown in Figures 1 to 3. These figures show the percentage of respondents who selected the most favourable response to each of the three questions broken-down by the number of correct responses on the financial literacy questions (i.e. none, one, two or three correct answers. More specifically, Figure 1 show that the percentage share reporting immigration is “Good for the economy” increases with the number of correct answers on the financial literacy questions. Likewise, the percentage share reporting that “Immigrants are [not] a burden on the welfare state” also increases with the number of correct answers. There is some evidence that respondents who have positive attitudes towards the economics contribution that immigration makes, also have positive attitudes towards the contribution made to cultural life. This is illustrated in Figure 3. This figure suggests that the percentage share reporting that immigration “enriches Britain’s cultural life” is highest for those who had correct answers to all three financial literacy questions.

The simple bivariate correlations summarised in these figures suggests that there is a statistical association between financial literacy and attitudes towards immigration. However, this association may be spurious. In order to explore this further, multiple-regression was used to examine the relationship between financial literacy and attitudes towards immigration “holding constant” a large number of other factors that are potentially correlated with attitudes towards immigration. The list of control variables includes: gender, age, marital status, household size, children in school and preschool age, race, country/region of birth, urban/rural region of residence, government office region, labour market status, last known sector of activity, trade union membership (past and present), income, house-owner, mortgage and income shock in the last year, risk-taking, political orientation (left-right), social desirability, religiosity, “BIG5” personality traits and education. Everything but the kitchen sink!

After controlling for these factors, financial literacy is statistically significant in all three (ordered probit) regressions. This suggests that there is a large and independent effect of financial literacy on attitudes towards immigration even after controlling for a wide range of possible determents including education—a variable that has been shown to be a key factor in understanding variation in a wide range of political attitudes. There is also some concern that financial literacy may be endogenous. In order to explore this further, an instrumental variables approach (IV) was adopted. This analysis provides no evidence that the simple regressions are in some way over-estimating the relationship between financial literacy and attitudes towards immigration (i.e. it is effect zero). If anything, IV estimation supports an even stronger relationship. In short, this more detailed analysis suggests that financial literacy matters.

Dustmann, C. and T. Frattini, (2014), “The Fiscal Effects of Immigration to the UK”, Economic Journal
Lusardi, A. and O. Mitchell, (2014), “The Economic Importance of Financial Literacy: Theory and Evidence”, Journal of Economic Literature