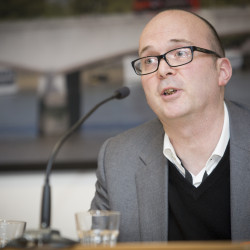 A ComRes poll reported in this weekend’s Independent on Sunday got considerable coverage – as a result of discovering that voters saw UKIP as to the left of the Conservatives. This morning, however, a YouGov poll for the Times (£) finds people placing UKIP to the right of the Conservatives.

As it happens, the British Election Study contains a similar question asking about political placement (and on a similar ten point scale to that used by ComRes, rather than the 100 point-scale used by YouGov) – but with the advantage of a much larger sample size than either. What does it find amongst its almost 28,000 respondents?

The first thing to say about questions like this is that not everyone can answer them. Although politicos routinely talk about left and right as if they are widely understood terms, a full 17% of people couldn’t place themselves on a left-right scale in Wave 3 of the BES, and they had even more trouble placing the parties. For Labour and the Conservatives, some 19% couldn’t place them, for the Lib Dems the figure was 21%, and it was 22% for UKIP. For the Greens, the figure is 26%. (The BES does ask about the SNP and Plaid, but only in their respective countries, and so I’ve excluded them from what follows for the sake of brevity). The fact that this Don’t Know figure for UKIP is not noticeably higher than for the other parties is probably a good sign that they have established themselves as part of the political furniture.

In terms of where respondents positioned the parties, it’s also worth noting that there is considerable variance. The standard deviation, for example, was never less than 2.0 for any of the parties, and reached 2.6 for UKIP (which shows that it is still the party people are least sure about). But, for what it is worth, here are the mean averages for all respondents who expressed a view:

Moreover, not everyone is paying the same level of attention. Here are the same mean figures broken down by the level of interest the respondents said they paid to politics. I’ve split them into three groups: low interest (that is, those who gave a score of 0 to 6 on the interest question, which is around a third of respondents), medium interest (7 or 8, around 40%) and high interest (9 or 10, and around a quarter).

It’s also worth looking at where each party’s voters think their own parties are. Again, here we take the mean average for those saying they are going to support that party.