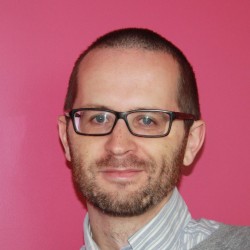 Like most elections, this election will be fought on the basis of the economy. The Conservatives and the Liberal Democrats will argue that the economy is growing. Labour will argue that living standards are stagnant or declining.

As a result, many people will be asked during the course of this election campaign whether the economic position of their household has improved or worsened – or whether they expect it to improve or worsen over the coming twelve months. It matters how people answer these questions. Economic optimism is known to be associated with positive polling for incumbents (but doesn’t have an independent effect on election outcomes).

Unfortunately, the answers that people give to these questions do not always march in lock-step with more objective measures of households’ economic position. To show that, I’m going to compare two things:

These two pieces of information are collected at separate points in time: when respondents are asked about the financial situation of their household, they’re not thinking about the answer they gave to the question on household income they gave five moments ago.

There are good reasons to think that people from households which have seen their income rise will say that their household’s financial position has improved. That’s true, but only in the smallest, most grudging way, as Figure 1 shows.

but still, this suggests strongly that subjective evaluations of economic conditions should be used as indicators of mood rather than as a proxy for what actually happened to respondents.