The Ongoing Independence Referendum in Scotland: Implications for 7th May 2015 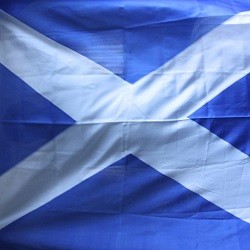 By Jane Green and Chris Prosser

There is no doubting that the Independence Referendum has had a profound impact on vote intentions for May’s general election. British Election Study (BES) data reveals the depth of that impact, in particular the impact of the transfer of votes from the SNP to Labour. It is Labour’s hope that the losses it has seen to the SNP are temporary, and that those voters will come back to Labour in six weeks’ time. Our data suggests that while not impossible, that prospect is very unlikely.

Independence referendum voting has polarized support for Labour and the SNP. The depth of that polarization is seen in a stark comparison. Our most recent BES data gathered in March reveals that almost ninety per cent of Scottish Labour voters are ‘no’ voters and an equivalent ninety-one per cent of SNP voters are ‘yes’ voters. Table 1 reveals the percentage of Labour and SNP voters who voted ‘yes’ or ‘no’ in the independence referendum (using a preliminary sample of wave 4 data from the BES internet panel surveyed between 6- 13 March 2015).

There are two reasons to think that these new SNP voters won’t switch their support back to Labour.

If there were the possibility that the referendum effect was weakening among Yes voters, we would expect to find some movement back to Labour in 2015, as the prospect of the general election approaches. The parties have been in campaign-mode for some time. We don’t see a move back in net terms. In fact, the BES data in Table 2 (above) reveals a continuation of Labour vote losses among Yes voters to the SNP. The proportion of Yes voters intending to vote SNP in September 2014 (post referendum) was 70 per cent. That figure now stands at 79 per cent (March 2015). This trend is a worrying one for Labour in Scotland. Less than two months from the general election Yes voters are still moving to the SNP.

The second reason comes from understanding the certainty of people’s general election vote intentions. It is usually the case that people who switch support between parties report being less certain about their vote intentions. We find, for example, that people who have switched from the Conservatives to UKIP between 2010 and 2015 in UK-wide analyses are about 10% less certain in their vote intentions than people who voted Conservative in 2010 and who intend to vote Conservative again in 2015. That pattern holds across different patterns of UK party switching. However, Scottish voters who reported voting Labour in the 2010 general election but who now report a SNP vote intention in the 2015 general election are just as certain as those who have remained with Labour. This again is a worrying sign for Labour. It suggests that Labour-SNP vote switchers are no more moveable than SNP loyalists. Among all UK parties, the SNP’s vote base going into 2015 is the most certain on average of all.

BES respondents were given the following question if they provided a vote intention: “You said that you would be most likely to vote for [party] in a General Election. How certain are you that you would vote for this party?” The following table reports the percentage of respondents choosing points 6 or 7 on a scale where 1 = not at all certain and 7 = completely certain, and does so for respondents who remained with Labour in 2010 and 2015, with the SNP in 2010 and 2015, and who switched from Labour in 2010 to a SNP vote intention in 2015.[1]

[1] Note the N is too small to calculate a reliable figure for people who moved from the SNP in 2010 to a Labour vote intention in 2015.

Table 4: Proportion of loyal SNP and Labour voters and switchers certain of their vote choice

BES data cannot tell us what will happen in the coming six weeks. Vote switching happens beneath the surface of average percentages and the campaign could easily throw up unexpected results. But what we can say is that while Labour may convince its previous voters to come back to the fold, we do know that the odds are certainly stacked against them.