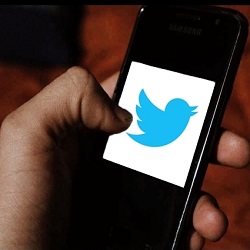 The BES team are pleased to announce the first stage data release from the internet module of the 2015 British Election Study (iBES). This release consists of a daily tracking file compiled by Crimson Hexagon[1] over the course of the campaign. Tweets from the ‘Firehose’ were searched using 291 key terms that were aggregated into 21 political issues and a series of election-specific variables such as party and leader names. Data collection began at 12 a.m. on 30th March 2015 and continued up until midnight of Election Day.  Language and geographic filters were applied to ensure that tweets captured originated from the UK. The full dataset and technical report can be downloaded here.

Below we present some key findings from the tracking file about the most prominent issues, parties and leaders that featured in the UK Twitter discussion during the election campaign.

Expectations ran high from the start of the election that social media would have an impact on the outcome. Spending on internet advertising hit record levels.[2] Both major parties made a significant investment in recruiting expertise in digital campaigning. Jim Messina was hired by the Tories and David Axelrod by Labour, both of whom had worked in the higher echelons of Barack Obama’s team. Not to be outdone, the Lib-Dems also imported U.S. e-campaign ‘know-how’ in the shape of the Voter Activation Network (VAN) technology designed to enhance precision of their canvassing efforts.[3] The sixty four million dollar question  was whether their investments paid off gaining the attention of social media users and ultimately, more votes? While we cannot answer this question definitively using our Twitter tracking data alone, we can begin to provide some insight into the key issues that people were talking about on the platform and which parties and leaders were most visible.

Figure 1 reports mentions of the top six political issues for UK Twitter users over the course of the campaign.

The types of issues that were most salient to Twitter users during the campaign were fairly predictable, although the level of attention paid to them varied during the campaign. Four main peaks occurred. The first and largest spike occurred at the time of the Leaders’ debate on 2nd April. The most mentioned issue here is immigration, followed by the NHS. The economy and unemployment are some way behind. A similar albeit slightly less intense pattern of mentions occurs at the time of the second Challengers debate held on 16th April.  There is then a marked upswing around the 25th of April in mentions of international issues which can be explained by the occurrence of the Nepal earthquake.[4]  Finally, towards the end of the campaign there is a further rise of interest in national issues, although the pattern differs to that seen around the debates with the NHS replacing immigration as the hottest topic under discussion.[5]

In addition to issue topics we tracked mentions of party leaders by day across the campaign (reported in Figure 2).

Figure 2: All Leader Mentions by Day

We included both @mentions (where the specific handle of the leader is included) and also general mentions of their full names (and popular mis-spellings) within a tweet. There are three obvious peaks which again coincide with the two leaders’ debates (April 2nd and April 16th) and also the BBC Question Time Special which gave members of the public the opportunity to directly quiz the three main party leaders (30th April). While not hugely surprising, this correspondence provides some evidence to support the notion of a ‘dual screening’ effect of Twitter on individuals’ news media experience, whereby users witness an event on television whilst simultaneously tweeting about it to their networks.

Another striking feature of these results is the support they provide for Nicola Sturgeon as the ‘break-out’ star of the leaders’ debates. After the first debate her mentions are at least double those of any other party leader and while there is then a sharp fall, she remains ahead of her competitors until almost a week after both debates. At the other end of the scale, Nick Clegg and Green leader Natalie Bennett appear to be the clear ‘losers’ on the Twitter visibility stakes. Neither manages to gain even half of the mentions of the other leaders on most days of the campaign. The two main party leaders see an upturn in their mentions as polling day comes closer, as does Nigel Farage. Ed Miliband in particular appears to gains a big boost in his Twitter profile from his BBC Question Time appearance on April 30th, a surge that continues through to election day.

In Figure 3 we report the number of specific @mentions of their handles over the campaign.

Corresponding to Figure 2 we see a peak in discussion of the SNP around the first debate. Their lead is quickly challenged, however, by Labour, who then maintain their presence across much of the campaign, pulling away quite dramatically in the final few days. While this late surge may have been a reaction against a possible Labour-SNP coalition, the lack of any similar rise in the SNP’s fortunes casts some doubt on this ‘backlash’ theory. Alternatively, it might indicate success for Labour in their drive to ensure their supporters included party handle in their tweets in the final days before the election.  Whatever the reason, one  conclusion we can draw from this graph is that a more visible presence on Twitter immediately prior to polling day does not translate into an electoral advantage. Despite featuring more than twice as many times in the mentions of UK twitter users than the Conservatives, Labour still lost. Whether this was due to a higher intensity of activity by Labour partisans in the final days, a late surge of anti-Labour sentiment, or just that Tory tweeters were much ‘shyer’ and/or less present on the medium is clearly something for future research to address.

Two further releases to today’s release are planned. Both will provide individual level data on the politically relevant Twitter and Facebook activities of BES survey respondents. The first  will include a range of  summary variables that will be merged with the YouGov panel study to allow for analysis of BES respondents’ social media activities in conjunction with socio-demographic, attitudinal and behavioural measures. The second will be the full iBES dataset containing all the variables collected during the campaign. This latter file will include a unique respondent identifier, enabling users to merge the file with the larger YouGov panel studies.

[1] Crimson Hexagon are a U.S. based company specializing in developing and applying software for analysis of social media data.)

[4] Analysis of tweets using  search terms was performed retrospectively by Crimson Hexagon on the Firehose data. This allowed for search terms to be updated and extended in response to national and international events as well as new hashtags that might emerge.

[5] There was a pronounced spike in the mention of ‘banks’ in early May which we do not report here given that this coincided with the UK May bank holiday.