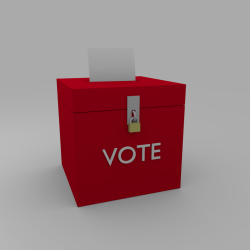 The British Election Study is pleased to announce the release of the fifth wave of the Internet Panel. You can download the data here.

The British Election Study 2015 is managed via a consortium of the University of Manchester, The University of Oxford, and The University of Nottingham. The Scientific Leadership Team is comprised of Professors Ed Fieldhouse, Jane Green, Hermann Schmitt, Geoff Evans and Cees van der Eijk. The team is supported by researchers Dr Jon Mellon and Chris Prosser, and also by BES 2015 consultant Professor John Curtice (University of Strathclyde).

As before, we provide two cross-sectional weights for each wave, the full weight (e.g wt_full_W5) that covers all respondents who took the wave 5 survey and the core weight that weights a smaller more representative sample of respondents (wt_core_W5). The panel dataset includes a cumulative weight that covers respondents who have taken all waves so far in the study (wt_full_W1W2W3W4W5) as well as a pre-campaign to campaign weight (wt_full_W4W5).

All of these weights are constructed at the regional level (i.e.  Scotland, England, Wales and London are weighted separately to population values) and then adjusted to account for the oversampling of Scottish and Welsh voters.

The party like-dislike scale for the SNP was originally only asked to Scottish respondents, but from day 29 it was asked to all respondents (‘likeSNPExtraW5).

We are also releasing categorized responses to the “most important issue” facing the country question for all waves. These responses were categorized using an automated process described here.