Class divisions and the Scottish Referendum 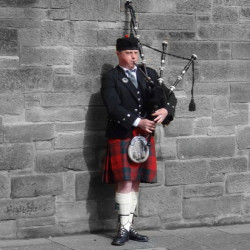 The Scottish Independence referendum campaign has focused heavily on the economic impacts of independence –whether the No campaign’s claims of a “UK dividend” or the Yes campaign’s promise of an economic renaissance for a newly independent Scotland. But how do voters’ own economic situations affect their preferences for independence?

This divide over the referendum is somewhat different to the main class divides in British politics. For instance, below is the proportion of voters in each class who intend to vote for Labour (across the whole of the UK). In this case, there is a clear gradient in support from the highest social groups to the lowest (with the exception of small employers). Thus, while voters in the Scottish referendum are divided by class, they aren’t falling along the same working/middle class division that has traditionally structured party competition in the UK.

It’s not just class that’s dividing voters. Some of the largest differences in support for independence are between renters and home owners. On average, only 32% of freehold home owners support independence compared to nearly more than half of people who rent their property from a council or housing association. One possible explanation for these differences is the circulation of reports claiming that mortgages will become more expensive and house prices may fall if Scotland becomes independent.

Some of these economic differences in independence support can be explained by differences in political values. Economically left wing voters are far more likely to support independence than voters on the right. Economic values can explain much of the difference between home owners and renters as well as the difference between senior managers and routine workers. Other groups’ support, though, is harder to explain. Small business owners –often a conservative leaning group –are among the strongest supporters of independence (although a majority still oppose it).

Regardless of the eventual outcome of the referendum, these divisions could have a lasting impact on politics long after September in the patterns of support for the SNP.

Technical note: The first wave of the British Election Study was conducted between February and March 2014. Of the 4139 Scottish voters interviewed, 3615 reported how they intend to vote in the upcoming referendum. All of the analysis in this post focuses only on respondents who expressed a preference one way or the other.  Social class is only coded for around half the sample so the figures in that figure will change slightly once the full sample is coded.