Plus ça change? The ebb and flow of Scottish referendum voting intention 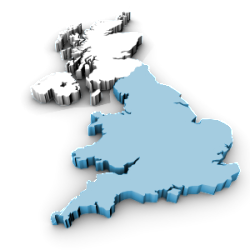 Apart from the day-to-day fluctuations and differences between pollsters, the opinion polls on the Scottish Referendum voting intention have been fairly stable over the last few months, with ‘Better Together’ leading with around 45%-50% of the vote, ‘Yes Scotland’ in the mid-thirties, and the remainder undecided. The 2015 British Election Study (BES) interviewed around 6,000 respondents at the end of February and again in June and found a similar result: the percent saying they would vote ‘Yes’ rose slightly from February to June from 37% to 39%, whilst the ‘No’s fell from 52% to 51%. However, unlike the opinion polls, the BES is a panel study which means that the same voters are surveyed on repeated occasions. This means we can see not only what’s happening on the surface, but also the churning beneath. What we find is a large amount of stability with 87% of voters giving the same response in June as they did in February. This includes 91% of wave 1 ‘no’ voters and 92% of wave 1 ‘yes voters’ who remained loyal to their cause between the two waves. Although a high degree of stability on vote choice is not unusual between two waves of a panel study, the figure is notably higher than the stability of vote choice for the same respondents (which was 81%).

But that still leaves more than one-in-ten voters who flipped in a three month period. So where did they move? The largest number of respondents switching were from undecided to ‘yes’ (3% of total) and from ‘no’ to undecided (also 3%). This spells good news for the Yes Scotland campaign which needs all the votes it can get to catch-up. However 2.1% of respondents moved from ‘don’t know’ to ‘no’ and 1.7% from ‘yes’ to ‘don’t know’. In other words there is leakage both ways, with ‘don’t know’ acting as a stepping stone, rather than direct switching between ‘yes’ and ‘no’. The table below shows this movement as a percentage of wave 1 intention. The table tells us that roughly 18% of erstwhile don’t knows switched to ‘no’ in June compared to 25% who switched to ‘yes’. If all the remaining don’t knows were to split in the same proportions by September 18th the ‘yes’ vote would of course increase by more than the ‘no’s but not enough to win the day. On this basis the result would be 56% – 44% in favour of the union.

The hope for Yes Scotland is that the campaign will continue to persuade voters to switch allegiance (or simply make up their minds in favour of independence) but in greater numbers. Whether this is possible depends on the ability of Yes Scotland to persuade voters that an independent Scotland will deliver economic benefits. Our research suggests that the economy is the key. Two of the three most important factors affecting voting ‘yes’ in the first wave of the BES were how voters felt independence would affect the general economic situation in the country, and their own personal economic situation. Tellingly, these were also the two most important factors in determining switching to voting ‘yes’ (from any other positon). Unfortunately for the independence campaign, however, the percentage thinking the general economy will not be worse under independence and the percentage thinking their own economic situation will improve, remained virtually unchanged between March and June. The lack of movement in the overall distribution of preferences – as seen in in the polls – would seem to reflect a lack of movement on the key issues. To break the impasse one side will have to strike some more telling blows in the economic war of words.

As you may know, a referendum on independence will be held in Scotland on 18th September 2014. Voters will be asked, “Should Scotland be an independent country?” Do you think you will vote “Yes” or “No”?