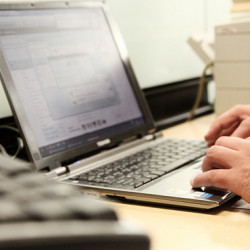 Similar to Britain, Iceland has conducted an uninterrupted series of National Election Studies (ICENES) since 1984. The ICENES is an extensive study of the electoral and political behaviour of voters in Iceland. To mark the 30th anniversary of the ICENES a symposium was held at the University of Reykjavik with research papers analysing data produced by the ICENES. Professor Hermann Schmitt of the BES team was invited as the guest of honour and keynote speaker to give a lecture entitled “National Election Studies in the 21st Century’. Throughout the talk, Hermann highlighted topics such as voting behaviour, attitudes towards political parties and democracy as well as the design of the 2015 British Election Study.
The website of ICENES is here.

The slides of the talk are here: NES Slides