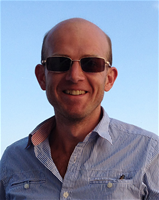 In a marathon campaign like the one for votes in the Independence referendum on the 18th September, a good deal of the excitement is generated by ups and downs in the opinion polls. For those seeking to maintain interest, then, it is fortunate that the polling companies are recording markedly different levels of support for ‘Yes’ and ‘No’. Because it is those differences, rather than much real change over time, that give the impression of ebb and flow. If we look at the results by pollster, as in the example chart from Panelbase below, the picture is one of stability bordering on stagnation.

Here are three likely reasons why the polls are so stable.

In practice, campaigning began as soon as the SNP’s unexpected majority win in the 2011 Holyrood election opened up the possibility of a referendum. And it’s not as if the issue was new to voters even then. Independence hasn’t strayed far from the top of the Scottish political agenda since the SNP’s first big surge in the 1970s, and has been particularly prominent since the party took office in Scotland in 2007. In short, voters have had ample opportunity to make up their minds where they stand on the issue – and most have done so.

Why, though, do those minds seem to stay stubbornly made up even as the campaign provides new information, new issues and new arguments? The key to this is what psychologists call motivated reasoning. Changing our minds involves some mental effort and also sometimes some emotional strain, which leaves humans biased towards the protection of existing attitudes. (We’re all familiar with this process in other people but less ready to diagnose it in ourselves.) For example, if an anti-independence voter hears arguments from the ‘Yes’ side, he or she is liable to switch off (figuratively or even literally) or to dismiss them on the grounds that the source is untrustworthy, the statistics must be unreliable, the point is unimportant, and so on.

If people hear their own side of an argument but reject the other side, the natural result is polarisation – the two sides gradually moving away from each other. In opinion polls, voters can only say ‘Yes’ or ‘No’, but the British Election Study Internet Panel (BESIP) includes a seven-point scale from “Definitely stay in the union” to “Definitely become independent”. As the graph below shows, more than 70% of Scots place themselves at either of the ‘definitely’ poles of the scale. Small wonder that the polls seem so firmly anchored.

This is probably the least obvious of the three reasons for polling stability, but it is nonetheless important. Public opinion researchers are slowly coming to terms with how deeply our attitudes are rooted in our early upbringing and personality. The link between risk and a ‘No’ vote has been well documented, and its role in explaining the gender gap in support for independence highlights the fact that referendum voting has origins in core personality differences. Psychologists often summarise those differences in terms of the ‘Big Five’ traits. (To see how these are typically measured, and to find out how you rate on them, click here.) One of those traits, ‘openness to experience’, has obvious links to this referendum and indeed the BESIP data confirm that support for independence is well over 50% among those most open to new experiences and closer to 30% among those least keen.

Some of this may even be a matter of biology. Obviously there isn’t a single gene for supporting or opposing independence, but related tendencies are genetically rooted. For instance, one recent study showed that those who showed the strongest physical reactions to sudden noises or frightening photos (of huge spiders or open wounds) were also more likely to endorse stability-maintaining, conservative policies. There is good reason to suppose that these people are also instinctive ‘No’ voters. And again, if opinions are grounded in our biology, it is no wonder that they take some shifting.

The immediate conclusion from all this is plain: do not expect major shifts in opinion in the run-up to 18th September. Obviously this is bad news primarily for the ‘Yes’ side which has persistently trailed (although it also argues against the kind of late lurch towards ‘No’ seen in the generally more volatile Quebec independence referendum of 1995). A further conclusion might be that the millions to be spent on persuading voters between now and polling day will be largely wasted. Something for the campaign teams to consider…