When attitudes and behaviour collide: how a referendum can upset the party system 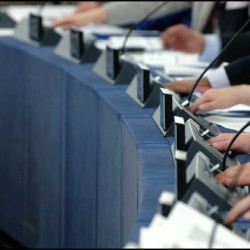 By Ed Fieldhouse and Chris Prosser

Imagine the following scenario: a referendum in which the major political parties and establishment are arguing in favour of the status quo, against a growing but enthusiastic minority who argue in favour of breaking away from the union and claiming back sovereignty. Appealing to patriotic optimism about the ability of the nation to manage its own affairs, the separatists accuse the British establishment, especially the Government, of scaremongering and bullying when they highlight the risks of going it alone. The polls seem to be getting tighter as referendum day nears. Some polls even put the leave side ahead. But what happens next, and would the referendum have a lasting impact on electoral politics in Britain?

Of course if we are talking about the forthcoming EU referendum, we don’t yet know what will happen. But we could just as well have been talking about the Scottish referendum in September 2014. For those interested in anticipating the potential party political impact of the EU referendum, there are some interesting parallels that can be drawn. In a new piece of research using the British Election Study internet panel (BESIP), we examine the impact of the 2014 Independence Referendum on the 2015 UK General Election in Scotland. As well as having huge implications for the British party system, the legacy of the Independence Referendum (narrowly won by the unionist side) may offer some pointers to what might happen should the U.K. narrowly vote to remain in the European Union.

First and foremost, the Independence referendum precipitated a shift in allegiances. Roughly ninety percent of ‘Yes’ voters voted for the Scottish National Party (SNP) in 2015, including most of those who had still intended to vote Labour early in 2014 (see figure 1). Overall Labour lost one third of its supporters to the SNP between early 2014 and the General Election (and nearly half since 2010), the vast majority of whom had voted for independence. Figure 1 shows how at the beginning of the period February-March 2014 a bare majority of Yes voters intended to vote for the SNP, and around 20% still intended to vote Labour. With Labour still ahead in the opinion polls at the start of 2014 the lead amongst pro-independence voters was insufficient to outweigh Labour’s comfortable lead over the SNP amongst unionists. The picture from the BESIP changed very little in May following the European Parliament Elections which saw the SNP emerge as the largest party but by a narrow margin over Labour of 29% to 25%, and less than in the corresponding elections of 2009. After the referendum in September, however, a dramatic change had occurred. Seventy percent of Yes voters were now intending to vote SNP compared to only 10% Labour. In contrast there was little movement amongst ‘No’ voters.  By March 2015 almost 90% of yes voters intended to vote SNP, in increasing slightly to just over 90% at the General Election, a finding confirmed by data from the nationally representative BES post-election probability sample survey.

The shift had two distinct phases. First there was a gradual drift to the SNP before the referendum during which time there remained a considerable degree of crossover between party support and positions on independence. The process continued between the referendum and the UK General election when party alignments appeared to crystallise along the independence cleavage.

In the paper we argue that this realignment occurred because of the disconnect between party loyalties and referendum voting. To put it simply ‘Yes’ voters could not reconcile a Labour vote with the position they had taken on the referendum. We demonstrated that voting in favour of independence directly lead to an increase in the probability of voting SNP in the General election amongst erstwhile Labour voters. The peak effect of the referendum on vote choice was in September 2014 immediately after the referendum, but it continued to have an effect on each through to Election Day. By the time of the election the alignment between referendum voting and vote choice was remarkably strong. Figure 2 shows the average marginal effect of referendum voting on switching to the SNP, controlling for prior vote intention and party identification as well as a wide range of attitudinal and socio-demographic variables. The figure shows a sharp rise the effect of referendum vote between the pre-referendum and post-referendum waves. This strongly suggests that the behaviour of voting in the referendum – nailing one’s colours to the mast – had a greater effect on party choice than intention alone.

Figure 2. The effect of referendum yes vote (intention) on switching to the SNP

Crucially, these changes to vote choice were linked to changing partisan identities. On the one hand voting ‘Yes’ increased the likelihood of identifying with the SNP and reduced identification with Labour. Changes in party identification were driven primarily by referendum vote choice, especially in the period following the referendum, with ‘Yes’ voters much less likely to continue identifying with Labour and more likely to identify with the SNP. Only 30% of the Labour supporters as of February 2014 who ended up voting SNP still identified with Labour in May 2015 (compared to 80% at the outset). In other words the shifts in voting were also associated with shifts in party identification. It seems that ‘Yes’ voters ceased to define themselves by the party they had supported (Labour) and instead defined themselves politically by their support for independence, switch allegiance and in many cases identifying with the pro-independence campaigning party, the SNP.

We also found that changes in political attitudes were strongly influenced by referendum vote both before and after the referendum took place. These attitudes, especially devolution preferences, national identity, satisfaction with UK democracy and approval of the Scottish Government subsequently influenced desertion of Labour supporters to SNP in 2015. In other words voting ‘Yes’ lead to a change in political attitudes in a direction consistent with and more favourable to the SNP and unfavourable to Labour. However, the main impact of the referendum on political attitudes was less to do with changing people’s minds on the key issues and more about how attitudes became realigned to party support. In short, the main impact of the referendum was a re-alignment of existing attitudes such that voters holding particular views were increasingly likely to switch allegiance immediately before and after the referendum. Using a simulation we show that only a small proportion of the loss of Labour’s 2010 voters to the SNP was due to changes in attitudinal positions. What was more important was that those holding pro-independence attitudes were no longer prepared to lend Labour their support once the referendum had taken place.

Together with the re-alignment of party identities, the research suggests that the Scottish Independence referendum had a potentially profound re-aligning effect on party support in Scotland, cementing the link between SNP voting and pro-independence attitudes. Whilst it is too early to say for sure whether 2015 constitutes a realigning election in Scotland, trends in the opinion polls since May 2015 do nothing to dispel this theory. This will become a little clearer in the Scottish Parliament Election on May 5th.

While this research is specifically about the impact of the Independence Referendum on the British party system, and more generally part of a narrative to be published next year in the British Election Study book (to be published by Oxford University Press) about the role of political events and shocks in explaining electoral change, it is interesting to speculate about possible lessons for the EU referendum. Perhaps the most relevant parallel is the fortunes of the Conservative Party in England and the Labour Party in Scotland. The research described here demonstrates the danger of a potentially realigning event to an established party. Essentially Labour lost in Scotland because voting is now split along independence lines. The 45% Yes vote is sufficient in a first-past-the post electoral system for the SNP to dominate, whilst the ‘No’ vote is split between all the unionist parties. If Britain votes to remain in the EU, and attitudes towards the EU become sufficiently salient for sufficient number of voters to reconsider their party alignment, then the Conservatives (as the party supported by the with the largest number of leave voters according to the 2015 BES cross section survey) would be the biggest potential losers  and UKIP the most likely beneficiaries.

However, there are crucial differences. First the Britain’s relationship with Europe does not have the same salience or importance to voters, as Independence has to many Scottish voters. Second UKIP are not the SNP. The SNP were already established as the largest party in the Scottish Parliament and had a popular leader, and well organised campaign machine. Third, the Conservative party is split over the EU, with prominent figures in the leave campaign, and so the Conservatives may not be so tainted in the eyes of Eurosceptics as Labour were by opposing Scottish independence. However, this does not mean that UKIP or other smaller parties may not stand to benefit if Eurosceptic voters become disillusioned with the parties that predominantly campaign to remain. The more acrimonious the campaign, and the more voters get involved, the stronger this effect might be.