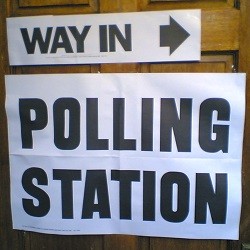 By Ed Fieldhouse and Jon Mellon

In March we blogged the British Election Study ‘nowcast’ based on preliminary data from Wave 4. We now publish an updated ‘nowcast’ to reflect the latest BES data and the most recent opinion polls. This gives our best estimate of how many seats will be won by each party based on the geography of vote switching since 2010. The predictions are shown in the table below. Like most other models, we are forecasting a very close race indeed. But unlike most other prediction models we are predicting Labour to be the largest party, albeit with a very small lead in seats. With no party predicted to get an overall majority, the thorny question of who can command a working majority – or at least win a vote of confidence – is the big question. If the seats fall the way our model suggests, then Labour would have the best chance of a forming a government, but would need the support of the SNP who are predicted to win over 50 of the 59 seats on offer in Scotland. The Lib Dems would have some say in proceedings with 23 seats, but this would not be sufficient to form a coalition with either the Conservatives or Labour on their own (without the backing of the SNP). As we note in our earlier blog (where you can read about the methodology) the model takes account of systematic variations in vote switching since 2010 according to constituency characteristics but does not allow for constituency specific idiosyncratic variations. This means seats which have very peculiar circumstances (for example, Clacton where Douglas Carswell is defending a by-election victory) may not be correctly forecast. For this reason we should not be surprised if parties that rely most heavily on local factors (such as UKIP) do slightly better than the table shows.

Note. The main forecast, shown in bold, is an average of the alternative forecasts using the Ashcroft vote intention and the standard vote intention questions (also shown separately). U95 and L95 gives the confidence intervals (upper and lower 95%) based on multiple simulations.