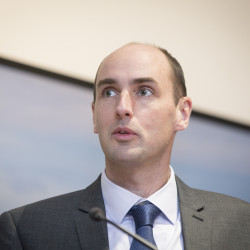 Abstract: This post summarises the main points from the national and constituency polls in Scotland before discussing what might help Labour north of the border. The British Election Study survey evidence suggests that Scottish Labour MPs will not be saved by incumbency effects or tactical voting, so the party will primarily need to attract a significant number of their former voters back from the SNP. Arguing that “votes for the SNP help the Tories” seems unlikely to help as the former Labour voters who now support the SNP care little for Miliband over Cameron, or even Labour over the Conservatives. Instead of scaring they need positive persuasion with something that appeals to their strong preferences for more devolution and against austerity cuts. The recent Vow+ demand for greater devolution of welfare benefits seems to fit the bill. Whether it will prove convincing is another matter.

It is well known that the headline figures from opinion polls in Scotland have been bad for Labour. The SNP have had double digit leads over Labour in all the opinion polls since October, with the majority, including the three most recent polls, showing 20+ leads. The average of the last four polls has Labour on 27% (down 15 points since 2010) and SNP on 47% (up 27). Uniform change projections give SNP 52 seats (+46) and leave Labour with just 6 (-35). Meanwhile the Conservatives are projected to lose their one seat in Scotland, while the Liberal Democrats would be down from 11 to just one seat on these calculations.

Recent constituency polling by Lord Ashcroft has further reinforced the message of the Scotland wide polls. He polled 1000 people by telephone in each of 16 different seats (15 Labour seats with 2010 leads over the SNP of at least 33 points but often 40 points or more; and 2 Lib Dem seats – Gordon and Inverness). Among the Labour seats polled the SNP change since 2010 was similar to that in Scotland-wide polls but the drop in the Labour vote was much bigger, 21 points rather than 15 points.

As Anthony Wells points out, it is somewhat inevitable that Labour should be doing worse where they started stronger because there are some places where they didn’t have 15 points to lose, but it might also be partly because Ashcroft only polled in Labour seats where the Yes vote was relatively strong in the independence referendum.

There is very good reason to believe that the geography of the decline in the Labour vote should be linked to the geographic distribution of the Yes vote. The latest (September/October 2014) wave of the British Election Study (BES) shows that around 40% of 2010 Labour voters voted Yes in the independence referendum, and of these 75% said they intend to vote for the SNP in the next general election. Former Labour voters converted to the Yes cause account for practically all of the drop in the Scottish Labour vote.

But expecting the Labour vote to fall most where they Yes vote was highest should provide no comfort for Labour. The Yes vote was typically higher in more deprived areas of Scotland where the Labour vote was strongest, i.e. this pattern is likely to make most of the former strong holds even more vulnerable that would be expected under uniform swing.

Incumbency effects seem unlikely to help Labour much. Tim Smith estimates these have typically only been worth a couple of points for Labour in recent elections. Moreover, there was little or no sign of them in the Scottish Labour seats that Ashcroft polled. This is marked contrast with the two Liberal Democrat seats in Scotland (and many others in England) where Ashcroft found that the Liberal Democrats did much better when respondents were asked to think about the candidates standing in their constituency. In the Scottish Labour seats there was practically no change in the Labour share between the general vote intention question and the constituency specific one.

Will the unionist parties unify to defeat nationalist candidates? This requires current Liberal Democrat and Conservative voters to switch tactically to vote Labour in Labour seats. Given previous research on tactical voting, Tory and Lib Dem supporters are only likely to vote tactically if they hate the SNP and are also relatively indifferent between their own party and Labour. But scores that BES respondents gave on 0 (strongly dislike) to 10 (strongly like) scales for each of the parties show that both Conservative and Liberal Democrat voters more strongly prefer their own party over Labour than they prefer Labour over the SNP. For the Tory voters there is a 4.4 point gap between the average like-dislike scores that they gave the Conservatives and Labour, but only a 1.8 gap between the mean scores for Labour and the SNP. The equivalent gaps for Liberal Democrats are smaller and more balanced but there are also many fewer Liberal Democrat voters. Since, then, both Tories and Liberal Democrats in Scotland are not particularly fond of Labour and they do not prefer Labour much over the SNP, they currently seem unlikely to vote tactically.

If Labour cannot rely on tactical voting or personal votes for their MPs to save them seats, they will need to win back former Labour voters. But how?

Jim Murphy’s election as Scottish Labour leader two months ago did lead to a change in the party’s fortunes in the polls, but he has more recently taken some interesting strategic positions. One of which is to argue that voting for the SNP helps the Tories. He said “It is a simple fact that the single biggest party gets to form the next government. The more seats the SNP get from Labour, the more likely it is the Tories who will be the biggest party and David Cameron will get into government through the back door. That would be a terrible outcome for Scotland but it’s what might happen if Scotland votes SNP.”

His premise is false. There is no constitutional reason why the biggest party gets to form a government and there are counter examples: David Lloyd George in 1918 and Ramsey MacDonald in 1923 and 1931. These are not irrelevant historical curiosities. With a seriously hung parliament likely this year, the interwar period is probably more instructive than most of the postwar period for understanding post-election government formation.

It would be true that voting for the SNP helps the Tories if the SNP might support a Conservative led government. They have said they would not, but they have not, to my knowledge, said that they would always vote against a Tory led administration in a confidence motion. Richard Rose argues that, with enough concessions, SNP might well abstain on such a vote. If the SNP were pivotal this would be sufficient to keep them in power and in effect be propping up a Conservative government. Whether abstention would be seen in Scotland as supporting the Tories, and whether SNP voters would punish them in the 2016 Holyrood elections is a crucial question. Given the inherent desirability and difficulty for the SNP of defending their narrow majority in the Scottish Parliament, it is plausible that they would not even risk abstaining if it left the Tories in power. But until the SNP rule out abstaining on such a vote, Scottish Labour do seem to be entitled to make their argument.

However, whatever the inherent rights or wrongs of it, the voting-SNP-helps-Tories argument seems unlikely to be effective. Labour to SNP switchers do not care much for Ed Miliband or even the Labour Party anymore. Looking at BES 0 to 10 like-dislike scales for the party leaders, the Yes and SNP recruits from Labour gave Miliband an average score of just 2.2, a figure not statistically significantly greater than the 1.1 average score they gave Cameron. They do not even like the Labour party much more than the Tories (with mean scores of 2.6 and 0.7 respectively). These figures suggest that former Labour voters who voted Yes last year and say they intend to vote SNP want neither a Cameron nor a Miliband led government, and they do not prefer Labour over the Conservatives enough to be easily scared into switching back again.

So what might persuade the defectors to the SNP to regain their love of Labour? The 2010 Labour voters who voted Yes and now intend to vote SNP are noticeably different from other 2010 Labour voters in their responses to a variety of BES questions, but they particularly stand out in two principle respects. First, they are, as you might expect from Yes voters, strongly in favour of more devolution. Nearly all of them said that the Scottish parliament should have “many more powers” compared with just 42% of other 2010 Labour voters. Furthermore, 75% feel very strongly Scottish compared with just 52% of other 2010 Labour voters. These figures suggest that for Labour to win back the voters they have lost to the SNP since 2010, they should take a strong positive stance of further devolution and more generally be seen to stand up for Scotland’s interests.

The second major way in which the former Labour now SNP voters are distinct is by being much more left-wing on a variety of economic values and issues. In particular 44% of them said that the cuts have “gone much too far” compared with just 25% of other 2010 Labour voters. This suggests that economic left-right issues are the other key area for competition. Trident may be a third, but there are no survey questions in BES so far that allow us to see whether the Labour converts to the SNP have distinctive views on this issue.

The recent “vow plus” call by Jim Murphy and Gordon Brown for greater devolution of welfare benefits speaks to both the nationalist and socialist concerns of the Labour to SNP defectors. Moreover, the party positioning is clear from Jim Murphy’s claim that: “The Tories would not give Scotland the freedom on welfare we seek while the SNP would not protect the fundamental guarantees of the UK wide welfare state we need.”

Whether Vow+ stands up to scrutiny and is persuasive remains to be seen. More generally, it will always be difficult for Scottish Labour to argue that they will be better able to promote Scottish interests than the SNP. Meanwhile Nicola Sturgeon, in attacking austerity is saying just the kind of thing about fiscal policy that will help keep their recruits from Labour in the SNP fold.

Despite uncertainty about effectiveness, it can at least be said that Labour are using a strategy rooted in an understanding of the voters that can be justified with the survey evidence. Doubtless Labour will not recover in Scotland to (even) 2010 levels of support, but they do not need to do so in order to save the vast majority of their seats in Scotland. As John Curtice points out, Labour would keep most of their seats and be the largest parliamentary contingent from Scotland if they can limit the SNP to just a 5 point lead. For this, Labour has to win back half of the 2010 voters they have lost; a big task but less formidable than a full recovery.

Acknowledgements: I’m very grateful to John Curtice for helpful conversations on this topic and for the BES data.