Should Labour have united to remain? 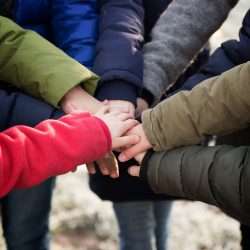 Tactical decision making was widely discussed in the 2019 election campaign. The issue of Brexit was very important to voters, but multiple parties claimed to best represent either side of the division. Before and after the election, many on the Remain side argued that the result could have been reversed if all the pro-European parties had joined an electoral pact, pointing to the fact that the pro-European parties received 52% of all votes while only gaining 42% of seats. Ultimately, however, coordination among the pro-European parties was much more limited. The Unite to Remain pact covered 60 constituencies in England and Wales, where the Liberal Democrats, Green Party and Plaid Cymru agreed to step down their candidates in favour of the best-placed option. Most notably, this pact did not include the Labour party.

In a new working paper, I analyse how much difference the Unite to Remain pact made to the outcome and how much of a difference it would have made if Labour had joined it.

Overall there is not much evidence that Unite to Remain changed many (or any) outcomes. The Unite to Remain candidate won in only 9 seats. In 5 out of these cases, none of the other pact members ran a candidate in 2017. None of the remaining four seats was won by a smaller margin than the share which the other pact members received in 2017. The closest the pact came to making a difference was Plaid Cymru’s Carmarthen East and Dinefwr which they won by 4.4 percentage points where the Liberal Democrats had received 2.2% of the vote in 2017. The BESIP data suggests that—in general—around 40% of supporters of the parties in the pact were willing to consider each other party. This means that the Unite to Remain candidate would probably have received only a plurality of the votes that the other pact parties had won previously.

While the existing Unite to Remain pact seems unlikely to have changed the 2019 result, many commentators suggested (mostly prior to the election) that a Remain alliance including Labour could win Labour the election. Prior to the 2019 election, John Curtice pointed to the substantial potential for a Remain pact with Labour to win up to 50 additional seats.

I use the post-election British Election Study Internet Panel data to simulate the effects of Labour, the Liberal Democrats, the Green Party and Plaid Cymru agreeing to only have the best-placed party field a candidate. In order to estimate the best case scenario for such a pact, I use the actual 2019 results to estimate which party was best-placed in each constituency. In practice, there were substantially differing claims about which party was best placed in each constituency during the campaign, so this simulation represents an upper bound on the effectiveness of a Remain pact.

For respondents who voted for a party that would no longer have stood in their constituency, I estimate which remaining party they would be most likely to vote for using like 0-10 like scores for each party from the campaign wave of BESIP. If the voter gave a zero to all other parties, I assume that they would have chosen not to vote.

However, this assumes these proportions are constant across all seats. In fact, which party voters of other parties would switch to depends on marginality. Labour is the second preference of most voters who supported one of the other Remain parties in its safe seats. But in marginal Labour held, nearly as many of those voters have a second preference of the Conservatives and in seats Labour narrowly lost, the Conservatives gain more of Labour’s second preferences. This probably means that the effect of a Remain alliance on Labour would be neutral or even negative in terms of total seats. There is essentially no marginality effect for the Liberal Democrats (or possibly even one which favors them in closer seats), so a net gain of 10 seats still seems plausible.

Overall, a Remain alliance would have put Labour marginally closer to government by reducing the Conservative seat total. However, this would come at the expense of giving a rival party the undisputed claim to be the most viable challenger in 104 seats, which might be tactically disadvantageous in future elections.

Why does this analysis give such a different picture to the more hopeful pre-election claims about the power of a Remain alliance? We can answer this by repeating the analysis for the pre-election wave of the British Election Study. When we use the pre-election vote intentions, a pact would appear to give Labour 1.4 times as many voters from pact parties as the Conservatives. This would put the effectiveness of the pact much closer to the levels that John Curtice estimated prior to the election.

What changed during the campaign? The answer is that many of the potential voters would have switched under a pact switched to Labour anyway. This switching reduced the value of a pact for recruiting additional voters.

In short, Labour was simply not popular enough among the remaining Liberal Democrat, Green and Plaid Cymru voters for an electoral pact to have greatly improved their prospects in 2019.