Do as I say or do as I do? How social relationships shape the impact of descriptive and injunctive norms of voting 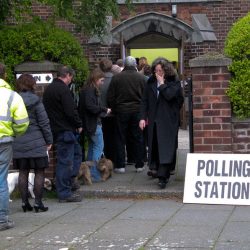 There is general agreement that social norms play an important role in explaining why people vote. Despite this the literature on voter turnout has yet to establish the extent to which descriptive and injunctive norms matter, and whether this is conditional on the relationship between political discussants. Most research on norms of voting has focused on the role of civic duty, which can be thought of as a personal normative belief rather than a social norm.

In this article, just published in the British Journal of Political Science, David Cutts and I use political discussion network data from wave 2 of the British Election Study Internet Panel to examine the role of injunctive and descriptive norms on voter turnout. We show that, even when you allow for the role of civic duty and descriptive norms, injunctive norms play an important role in voter turnout.

To understand and assess the impact of norms on voting behaviour we need to measure three different concepts. 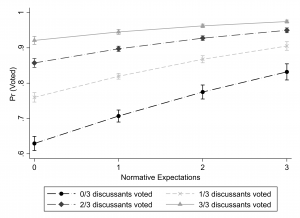 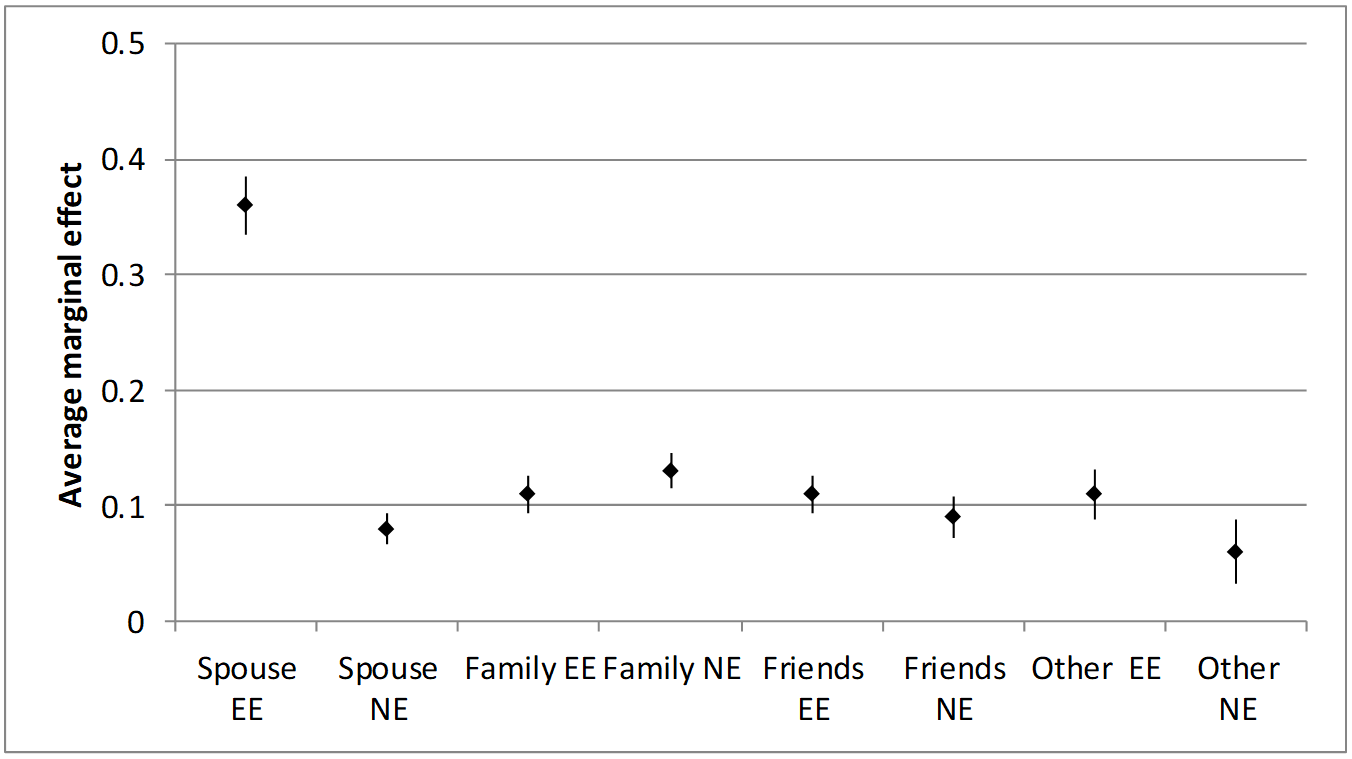 Looking at the interaction between descriptive and injunctive norms our models suggest that injunctive norms matter less if a spouse or family member votes themselves (compared to when the discussant does not vote) insofar as social pressure is less likely to be decisive in the voting decision. Indeed spousal voting is very often a sufficient condition for voting as we show elsewhere.

These findings have important implications for the study of voter turnout and political behaviour more generally. We should not assume that it is possible to measure the effects of normative influences on voter turnout simply by relying on the notion of civic duty. Internalised normative beliefs are important, but voter turnout is conditional on the norms, beliefs and actions of social referents, especially those who are socially most intimate. Moreover, we should also not assume that such normative influence is purely behavioural or descriptive. Whilst, in the case of married couples, it is clear that whether or not a spouse votes themselves is crucial for voter turnout, for all other types of political discussant injunctive norms are equally important (or perhaps more so). It appears that political discussant partners are inclined to not only ‘do as you do’ but also ‘do as you say’. In the age of social media and the proliferation of political information, political discussion with social intimates is still a crucial ingredient creating the social norms which underpin political participation.