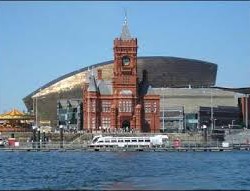 What Welsh Voters Think and How They Behave in Elections: A Consultation on the British Election Study Internet Panel

The British Election Study team organised a seminar on the afternoon of Friday 10th January 2014 at which they set out its plans for analysing Welsh voters’ attitudes and their evolution in the run up to the Welsh and Westminster elections. They also consulted extensively on the Welsh survey items and aspects of the BES. The British Election Study team wished to ensure that, as far as possible, the survey addresses issues and concerns relevant to journalists, campaigners and policy makers. Professor Roger Scully of Cardiff University gave a short talk on the latest state of Welsh public opinion about politics and the meeting was  chaired by Professor Richard Wyn Jones (also Cardiff University).

The event was hosted by the 2015 British Election Study and the Wales Governance Centre and was held at the Pierhead Building, Cardiff Bay.