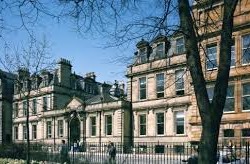 The British Election Study Team – together with the Future of UK and Scotland Initiative – hosted a seminar on the afternoon of Friday 13th December at which the British Election Study team set out its plans and invited comments and suggestions.  The meeting was chaired by Professor John Curtice of Strathclyde University (see: What Scotland Thinks), who also gave a short talk on the latest state of the polls on how people intend to vote in the referendum. Professor Charlie Jeffery (University of Edinburgh, and Future of UK and Scotland) welcomed attendees and hosted the event alongside the 2015 BES team.

A major study of how voters’ attitudes evolve in the run up to the 2014 independence referendum and beyond is being undertaken as part of the 2014-17 British Election Study. A large panel of voters in Scotland – together with voters in the rest of the UK – will be surveyed in January and May 2014 and then once again shortly after the referendum in September. Thereafter they will be contacted during the 2015 UK general elections and after the Scottish Parliament election in 2016.