The BES’ Jane Green is ‘Research Communicator of the Year’ 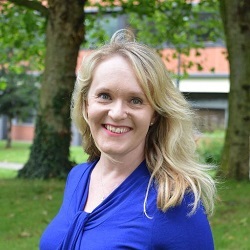 One of the nation’s top political studies awards has gone to Professor Jane Green, co-Director of the British Election study.

The University of Manchester based academic received the Political Studies Association Research Communicator Award 2015 accolade at a plush ceremony in London on Tuesday night (1 December).

It is the second PSA award to go to the BES: in 2013 the study was the recipient of the prestigious Judge’s Award.

Professor Green was one of the team which hosted ITV News Election Night Live, working alongside Tom Bradby, Julie Etchingham and Professor Colin Rallings through the night of May 15 as the poll results came in.

One of the nation’s leading political scientists, she has been a regular commentator on national radio and TV and trusted source of analysis for pundits and politicians, producing powerful and accessible analysis using BES’ huge database of information.

She has organised an ambitious programme of BES events, overseen the creation of the BES website and also the Data Playground, which gives students and observers of politics, irrespective of their level of statistical expertise, the ability to analyse the BES’ huge database of political attitudes and choices.

The PSA’s awards jury, who selected the winner, said that as a leading public figure on the British Election Study, Jane Green maintained a sustained presence in the election build-up and coverage, organising and appearing at countless events and consistently offering depth and insight into analysis of the election.

The judges particularly commended her skill in, ‘conveying complex scholarly insights in a very accessible way.’

Professor Green received the award on the night from political journalist and columnist for The Independent Steve Richards, who earlier this year delivered the PSA’s Annual Public Lecture to a capacity audience in University College London.

She said: “The BES has always been a trusted, loved and respected source of data and analysis in the academic world. Our aim – when we took over the BES in 2013 – was to make sure politicians, journalists and the public would likewise come to know, trust and make good use of the BES. So this award is in a sense a recognition of the value of the British Election Study to the public debate in this year of the 2015 general election.

“The BES offers unparalleled opportunities to understand the British electorate and the fascinating and also surprising changes in our political system we have been witnessing in this election year, and which we continue to witness.”

Manchester’s Dr Rob Ford also won the accolade in 2014, shared with Matt Goodwin, for his work communicating the challenge of the UK Independence Party to a wide audience.

In 2012, the Economic and Social Research Council, which funds BES, awarded the 2015 study to a consortium led by The University of Manchester in collaboration with Oxford and Nottingham.

One of the world’s longest-running investigations into political attitudes and voting behaviour, the BES has been amassing huge quantities of data on every General Election since it launched over 51 years ago.