The Brexit election? The 2017 General Election in ten charts 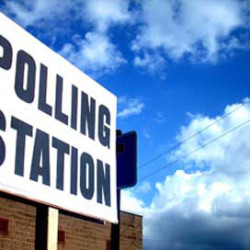 By Ed Fieldhouse and Chris Prosser

Despite Theresa May’s claim that her reason for calling an early election was to get a mandate for the Brexit negotiations, Brexit was conspicuous by its absence during the 2017 General Election campaign as both the Conservatives and Labour focused their campaign on other issues. However, newly released data from the British Election Study (BES) shows that, in the minds of the voters at least, the 2017 election was – as it promised to be ever since the referendum on June 23rd 2016 – the Brexit election. This can be seen in the data in many different ways, but nowhere more clearly perhaps than the answer to the question “as far as you’re concerned, what is the SINGLE MOST important issue facing the country at the present time?” which was asked to more than 30,000 BES respondents during the election campaign. Chart 1 shows the words that were used most frequently in response to this question, the size of the word representing the number of times it was mentioned. While understandably terrorism, immigration, the economy and the NHS all featured heavily, the dominant issue was Brexit. More than one in three people mentioned Brexit or the EU, compared to fewer than one in 10 who mentioned the NHS and one in 20 who suggested the economy.

Chart 1. The most important issue

Of course, actions speak louder than words – so it is important to show that voters were not only concerned by Brexit but actually voted accordingly. Charts 2 and 3 tell the story of how Brexit cut across normal party loyalties and contributed to the revival of the two main parties at the expense of the challenger parties that had done so well in 2015. Chart 2 shows the vote origin and destination of people who voted leave in the EU referendum. Amongst this group the Conservatives and UKIP were the favoured party in 2015. However the Conservative hard line position on Brexit coupled with the absence of Nigel Farage, saw the UKIP vote collapse with the vast majority of this vote going to the Tories. More than half of UKIP’s 2015 voters who voted again in 2017 switched to the Conservatives, compared with only 18% to Labour and a further 18% who stayed loyal. Labour picked up a few leave voters, but lost in roughly equal numbers to the Conservatives. Undoubtedly in 2017 the Conservatives were the party of leave with over 60% of the leave vote.

Chart 2. Where the leave vote went.

But which was the party of remain? Despite having the clearest pro-EU position and a promise of a second referendum, the Liberal Democrats failed to pick up many more remain voters than they lost (Chart 3). Instead, Labour, who were already the most popular party in 2015 amongst voters who voted remain in 2016, scooped up the lion’s share. Despite an ambiguous position on the single market, Labour was seen as the best bet for those wanting to keep closer ties with our European neighbours. Not only did they win over a large number of remainers from the Conservatives, but also from the pro-EU Greens and Lib Dems. Nearly two thirds of 2015 Greens went to Labour as well as around of a quarter of Liberal Democrats. Overall more than half of all remain voters voted for Labour, compared to a quarter for the Conservatives and 15% for Lib Dems.

Chart 3. Where the remain vote went

One of the reasons Labour could do so well amongst remainers is that by May 2017 the Brexit debate was not so much about whether or not to leave or remain, but about how to leave the EU. In Chart 4 we see the probability of voting for the three main parties by how respondents answered the question “when Britain negotiates to leave the EU is it more important for the UK government to protect Britain’s access to the single market or to gain full control of immigration?” The chart reveals a striking correlation between wanting to control immigration and voting Tory on one hand, and wanting access to the single market and voting Labour or Lib Dem on the other. For example, the Conservatives lead Labour by more than 40 percentage points amongst those most in support of full control of immigration, with Labour having a similar lead among those wanting complete access to the single market. So to put it another way, the Tories were the party of hard Brexit whilst Labour was the party of soft Brexit. Most likely because of the lingering effects of coalition government, ineffective leadership and a realisation amongst remain voters that the Lib Dems could not win in most seats, meant they were not the first choice for those favouring a soft Brexit.

Although this was a Brexit election, it would be clearly wrong to say the election outcome was determined back in June 2016. More than at any British election in recent memory the election campaign mattered. Our pre-election survey, carried out in April and May, found that the Conservatives enjoyed a healthy lead over Labour – of 41% to 27% but by the last three days of the campaign the daily panel put the two main parties neck-and-neck. Overall, 19% of voters switched parties between the April/May survey and the election. This is similar to the amount of “churn” we saw in 2015, when 17% of voters switched parties, and slightly less than at the 2010 and 2005 elections. The significant difference in 2017 was that the flow was overwhelmingly in one direction. In 2015, Labour and the Conservatives both won about a quarter of these late switching voters – effectively cancelling each other out. In 2017 however, chart 5 demonstrates, Labour won 54% of switchers, compared to 19% of the Conservatives. Additionally, Labour won more than half those who hadn’t made up their mind before the campaign.

According to our data, the main reason that Labour gained so much in the campaign at the expense of the other parties is the strong performance of Jeremy Corbyn, especially relative to Theresa May. Chart 6 shows how at the start of the campaign, Corbyn lagged far behind May in leader ‘like scores’, with an average score of 3.5, slightly worse than Ed Miliband’s at a similar point in 2015. By the end of the campaign Corbyn had caught up with May on a score of 4.4 (Chart 6) and although May was still rated as the leader who would make the best prime minister, this had also narrowed considerably. Corbyn’s strong performance also meant that Labour closed the gap between themselves and the Conservatives as the best party to handle the issue that the respondent named as the most important facing the country (Chart 7).

Chart 7. The best party to handle the most important issue

Whilst Labour’s campaign success demonstrates that the 2017 election was not exclusively about Brexit, it is worth noting that a model of switching among previously undecided votes indicates that left-leaning voters and supporters of a soft Brexit were most likely to switch to Labour. Many of these had previously voted Labour in 2010 and 2015 and so perhaps were “coming home” after being unsure whether they could support Labour under Corbyn. Even those voters who switched to Labour during the campaign (represented by the pink bar in Chart 8) were more in favour of protecting the single market than people who did not support Labour (the grey bar in Chart 8). However, Chart 8 also reveals these recruits were less in favour of a soft Brexit than those who already supported Labour at the start of the campaign. In other words Labour’s election campaign allowed them to reach deeper into the pool of Euro-scepticism than they had in April. And their wider appeal was not limited to Europe. Across a range of issues Labour recruits were more moderate (on average) than their existing supporters, yet at the same time more left-wing than those Labour failed to win over (chart 9).

Chart 8. Brexit priorities and switching to Labour during the campaign

Chart 9. Left right positions and switching to Labour during the campaign

A similar picture is revealed if we look at the Corbyn ‘like scores’ of these three groups. Unsurprisingly existing Labour supporters were the most pro-Corbyn (Chart 10). However during the campaign Labour won over supporters who were initially much less impressed by Corbyn. Chart 10 also shows the average scores for Corbyn after the election (wave 13) for the same three groups. We see that it was amongst the Labour recruits that Corbyn’s ratings grew most. In other words over the course of the campaign Corbyn increasingly appealed to voters who had previously been unimpressed, helping them win new support for Labour, dramatically narrowing the gap to the Conservatives. Whilst this was undoubtedly the Brexit Election, it was also a tale of two leaders and a campaign that mattered. The Conservative strategy to pin so much on their ‘strong and stable’ leader appears to have been a spectacular mistake which ultimately cost them an overall majority.

Chart 10. Change in leader like scores and switching to Labour