About the BES Internet Panel Study 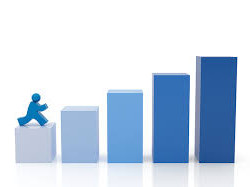 The new BES team is continuing in the footsteps of its predecessors by collecting data via a large online panel study. This BES Internet Panel (BESIP) will follow the same respondents as well as adding to their number to replace those who drop out of subsequent waves. The first survey was distributed in February 2014 with a target sample size of 20,000 people across the UK and a boosted sample of 5,000 respondents in Scotland. The subsequent ‘waves’ are in May 2014 (to include a record of European Parliament vote choice), September 2014 (to include Scottish independence referendum vote choice), March 2015 (pre-general election attitudes and voting preferences), April-May 2015 (during the 30 day ‘short campaign’), May 2015 (to include a record of general election vote choice), and 2016 (local and Scottish Parliament elections) and 2017.

The BES internet panel study enables researchers to examine changes in attitudes and voting preferences over time. The analyst can study those factors which lead to change in survey response within the same individuals, the kinds of people who show a propensity to change their responses, and differences in voting behaviour among the same people in subsequent elections. Panel studies are extremely valuable for disentangling the causal arrow between attitudes, characteristics and behaviours. Rather than assumes that a person’s assessment of a party causes their vote choice in one time point, researchers can test whether it is a person’s vote choice (and underlying party preference) that leads to their assessments over two or more time points, and vice versa. Panel studies have an important role in the BES in making valid and reliable claims about the importance of explanations of voting behavior (and turnout) and in explaining individual level over time change.