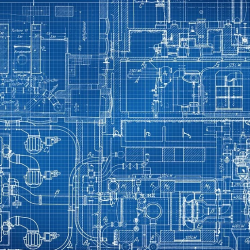 The BES team is pleased to announce an update to the BES internet panel (BESIP) data. This update does not include any new British Election Study data. Rather, it makes some important changes to how the data are structured. Those who have used previous releases need not be alarmed: the changes are improvements — not corrections — and limited only to a subset of variables.

Each BESIP wave includes two main components. First, political data designed by the BES team. These data remain unchanged. Second, socio-demographic data on each respondents provided to us by YouGov. It is these “profile data” that we are updating in the latest release.

In the past, some profile data were available only for particular waves of the BESIP. Our new standardised profile data system means that this is no longer the case. In the latest update, we now include a set of standard profile variables for each wave. These new profile variables all take the prefix “p_”. For example, the old religion variable, “profile_religion”, is now “p_religion”. Likewise, the old ethnicity variable, “profile_ethnicity”, is now “p_ethnicity”.

The old profile data were often not suitable for longitudinal analysis. To overcome this problem, we will soon release a separate long-format file. Rather than have a single row per respondent, it will instead have a single row per profile variable. As a result, it will allow us to provide the exact date that each piece of profile data was updated. This helps to address the fact that YouGov’s update cycle is not in sync with the BESIP release schedule. As such, it is possible that YouGov will not have updated the profile data between two waves. This is particularly true for election waves, which tend to be close together. Thus, we advise users to consult this new file before conducting any longitudinal analysis that includes profile data.

This release also includes fixes for a few minor bugs that had appeared in the most recent release. Most notably, this includes errors in the 2005 and 2010 past vote variables. These are now correct.

As always, users should use the latest BESIP data when conducting their analyses. But we recognise that updates like this can also be difficult as they force users to update their code. It is for this reason that we have tried to limit formatting changes and renaming to this release. We hope that this will make the transition as smooth as possible. We do not foresee any major changes like this in the future. The one exception to this is survey weighting, which we are researching how to improve.

As this update is a large one, please pay the care and attention that you would with any new data. Due to the changes here, there may be some minor differences between the old and the new profile data. However, these differences should not have a substantive effect on your results. If you believe this not to be the case, or have any other problems, please contact us at [email protected].