Following the pink battle bus: where are the women voters in 2015? By Dr Rosie Campbell 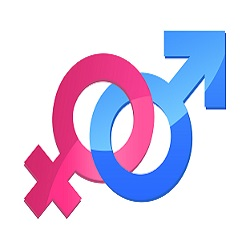 On 11th February Harriet Harman launched the Labour party’s magenta battle bus intended to reach out to women voters. The bus generated a fair amount of publicity and was explained on the basis that women have been less likely to vote in previous elections.

Women are less interested in formal politics than men, but there is little convincing evidence that significantly fewer women than men have voted in recent British General Elections. Take the last general election. The 2010 British Election Study post-election face-to-face survey shows that 77% of men and 76% of women said that they had voted, a gap between men and women of just 1% that is not statistically significant. As well as self-reported turnout the survey includes a validated vote variable (the survey team used electoral registers to establish whether respondents voted in the election). Using these figures, 57% of men and 56% of women in the survey were found to have voted in the election, again producing a gap of just 1% between men and women, and a gap which is again not statistically significant. In my view it is difficult to use this miniscule difference between men and women in the survey to claim that there were a disproportionate number of missing women voters in 2010.

So why else might women voters be receiving so much attention? First, women are often over represented in the ‘don’t know’ category in political survey questions (as reflected in the figure below). But given the lack of a significant turnout gap between men and women it is likely that a sizeable proportion of the women represented in the ‘Don’t Know’ category will vote for a party’s candidate on May the 7th. Women are also somewhat less likely to be strong partisans than men, and again, as a result there are slightly more women among the undecided voters who are the target of the parties’ activities during the campaign.

Second, there are some differences in men and women’s political attitudes. Women are on average a little more hostile to cuts in public spending than men, with 5% more women than men judging that cuts to public spending have gone too far and 10% more women than men believing that cuts to the NHS budget have gone too far. Given attitudes to austerity are likely to be a crucial decider in this election these small gender differences between men and women may have some impact on the result.