Analysing the Effects of Individual Level Registration: BES Partnership with the Electoral Commission 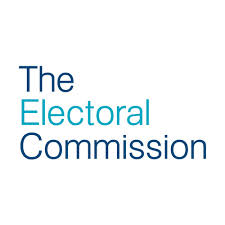 The British Election Study is partnering with the  Electoral Commission to analyse the impact of the switch to individual electoral registration (IER) which is  being rolled out from Summer 2014. The partnership will involve two streams of work. (i) Individual level analyses explaining the determinants of voter registration and non-registration; and (ii) Over-time analysis of the rolling out of the voter registration process, and its impacts on 2015 voter turnout.

The project will mean that the BES community will enjoy the benefits of having both self-reported and linked registration records before, during and after IER is rolled out; and validated vote for the post-election cross section survey.

The BES will collect information on respondent’s self-reported registration and other information necessary to carry out an analysis of the transition to individual registration in waves 2, 4 and 5. These basic registration questions will also be asked in the post-election face to face survey.

In these waves the BESIP questionnaire will also include reasons for non-registration, satisfaction with registration system, whether the respondent completed the form in person, and contact with the local Electoral Registration Officer.