Is Nigel Farage the Heineken Politician? (Is UKIP Reaching the Parts of the Electorate Other Parties Cannot Reach?) 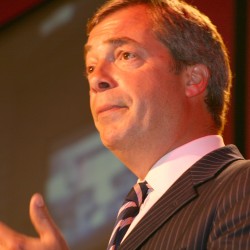 It is sometimes claimed about Nigel Farage – and by Nigel Farage – that UKIP is particularly successful in winning votes from people who have become disengaged from participating in British elections. The implication is that UKIP is reaching the parts of the electorate that other parties cannot reach. If this is true, it is important. It would reveal that a populist political party could engage parts of British society that have lost faith in the mainstream parties. And that might be a good thing: a steady decline in electoral turnout in Britain has long given observers cause for concern. It might mean that people who have become disengaged from politics become better represented. And if UKIP is winning greater support from persistent non-voters, it might add an additional degree of unpredictability into UKIP polling and to predictions for May 2015.

Using the British Election Study Internet Panel (wave 2, collected between May and June 2014), I compare people who did not vote in both the 2005 and 2010 general elections (I call these people disengaged), and compare them to people who voted in either 2005 or 2010, or who voted in both elections (engaged).

The first piece of evidence comes in the following graph. This shows the proportions of each party’s 2015 vote they are set to gain from people who didn’t vote in either the 2005 and 2010 elections (the blue bars) and people who voted in the 2005 and/or 2010 elections (red bars).  Against this metric, UKIP is not out-performing the three main Westminster parties. It is the Greens who are reaching those people who are disengaged. However, the percentages are proportions of each party’s overall 2015 vote intention. Around 5% of the BES sample (May-June 2014) intended to vote Green in 2015 (excluding those saying ‘don’t know’ and who will not vote), and so the Greens’ figure of 19% relates to around 1% of the decided BES sample. And Labour and the Conservatives had more support than UKIP (34% for Labour, 31% for Conservative, and 18% for UKIP, excluding those saying ‘don’t know’ and who will not vote). As a percentage of all voters, those shifting to Labour and Conservative from not voting is higher than for UKIP (2.7% for Labour, 2.2% for Conservative, 1.4% UKIP).

Another way to explore which party – if any – is winning support from politically disengaged voters is to examine whether those people who repeatedly haven’t voted in recent general elections (2005 and 2010) look set to split their support in 2015 differently to those who turned out to vote. The following figure compares the 2015 vote intentions of 2005 and/or 2010 voters (red bars) with those who reported not turning out to vote in both 2005 and 2010 (blue bars). Figure 2 reveals that those people who didn’t vote in 2005 and 2010 look set to split their votes in almost exactly the same way as those who voted in 2005 and/or 2010, if they have decided to vote and for which party. It is only the Greens who pick up relatively more support from persistent non-voters, consistent with Figure 1. Labour look set to be the largest beneficiaries from 2005 and 2010 non-voters, followed by the Conservatives. If we make the (reasonable) assumption that those who haven’t decided also won’t turn out to vote, then 39% of previous non-voters still look set to stay at home come May 7th 2015 (21% + 18%).

It could perhaps be argued that the previous 2005 and 2010 non-voters who intend to vote UKIP in 2015 are more likely to turnout than the previous 2005 and 2010 non-voters who say they intend to vote Labour, Conservative or Green. This doesn’t appear to be true. If we analyse the reported likelihood of turning out to vote in the 2015 election among those appearing in the blue bars for the Conservatives, Labour, UKIP and the Greens, we find that the average intention to turn out to vote (where 1 = very unlikely that I would vote, and 5 =  very likely that I would vote) is actually lowest for those who say they intend to vote UKIP, where the mean scores are 4.3 (Conservative), 4.2 (Labour), 4.1 (Green) and 3.8 (UKIP). UKIP can count on the votes it is receiving from 2005 and 2010 non-voters slightly less than the Conservatives, Labour and Greens can count on theirs.

UKIP is not picking up significantly more support from the politically disengaged. But UKIP is picking up support from the politically disillusioned. We ask survey respondents whether they trust MPs on a scale where 1 = no trust, and 7 = a great deal of trust. The largest proportion of all BES survey respondents report a score less than 4 (low trust) towards MPs in general (56.5%). Using this measure of trust (where high trust = 4 thru 7, and low trust = 1 thru 3), and comparing the above groups of non-voters (disengaged) and voters (engaged) in the 2005 and 2010 general elections, the following reveals the percentage of people intending to vote UKIP in 2015 (among all respondents, including those who say ‘don’t know’ and ‘will not vote’) from four groups:

Political distrust and disaffection is an important part of UKIP’s success. However, to assume that UKIP is outperforming all other parties in reaching those disengaged from politics is either premature or it is simply incorrect.

Notes
The numbers in Figure 1 do not add up to 100% because a proportion of each party’s 2015 vote intention comes from people who join between 2010 and 2015.
Data are from the British Election Study Internet Panel (BESIP), surveyed between May-June 2014. Data are weighted using wt_full_W2.