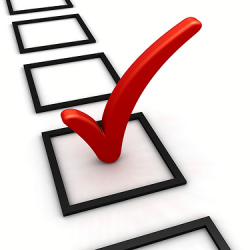 The BES is pleased to release the first BES Expert Survey. 93 academic experts placed political parties on ideological scales and attitudinal dimensions between April-May 2014. These data can be directly compared to question responses in the BES voter surveys. The data and codebook of the 2014 BES Expert Survey are available here.

Here I take an initial look at what the expert survey data can tell us.

We know from a myriad of studies that the political space in Europe is structured by two independent ideological dimensions, the left-right dimension and the national indepen­dence-European integration dimension. The independence of these two dimensions could of course mean very different things: party positions could be spread all over the two-dimensional space, or they could follow a particular pattern. The pattern that we usually find in comparative studies is a horseshoe-like form indicating that parties on the left and on the right are more pro-inde­pendence (for different reasons though) while centrist parties tend to be on the pro-integration side.

Britain seems to be different. Other than elsewhere, political parties’ left-right positions and their positions on national independence vs. European integration are pretty much the same. Just the Liberal Democrats are a bit of an outlier: they are more integrationst than their left-right position suggests. But generally it is obvious that the more a party is on the left, the more integrationist it is (see graph). This way, the two ideological dimensions are not moderating but reinforcing one another. Put differently: the independence-integration dimension has become, in Britain at least, a mighty element of the overarching left-right political code and is lending additional strength (as a determinant of political behaviour) and explanatory power (as an analytical instrument) to it.

This is what a recent expert survey on parties’ issue and policy positions reveals which was conducted as an auxiliary part of the British Election Study. Ten issue and policy dimensions were covered, in accordance with the questionnaire of the online panel survey. The positions of Labour, Conservatives, Liberal Democrats, UKIP, SNP and Plaid Cymru were established on each of these ten dimensions. The survey was administered online and was fielded between April 16 and May 16, 2014. The targeted audience was the membership of “EPOP” – a pro­fessional organisation that serves as a forum for academics with an interest in elections, public opinion and parties in the UK. The e-mail list that is kept by this group comprised 248 members at the time. In April 2014, all members of that list were invited by email to fill in the survey questionnaire. The e-mail consisted of an explanation of the purpose of the survey, a brief outline of the British Election Study and an online link to the survey. Respon­dents could click the link to answer the survey. It was not possible to generate duplicate responses.

Of the 248 addresses it was originally sent to eight replies were received saying that the survey subject was outside the recipient’s expertise. There were also five ‘mail delivery fails’ where the e-mail addresses on the mailing list were no longer valid. 93 fully or partially completed questionnaires were received out of a possible 235. This points to a response rate of 40 percent.