Watch the trailer for our new film 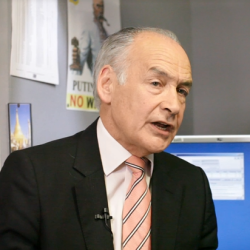 Watch the trailer for our new film ‘The British Election Study: Understanding British Democracy’, now available on YouTube ahead of its launch on December 9.

Funded by the School of Social Sciences at The University of Manchester, some of Britain’s top academics and journalists in politics will appear in the film. It will outline how the British Election Study can throw more light on some of the major issues facing British democracy today.

Watch the trailer to get a taste of what’s to come when we launch the film.