Where, if anywhere, will Liberal Democrat votes go in the 2015 General Election? 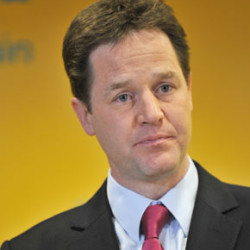 The Liberal Democrat conference is in full swing. What is the scale of their challenge?

So if there were a general election tomorrow would those people who voted for the Liberal Democrats in May 2010 vote for them again?

The British Election Study Internet Panel (BESIP) provides two surveys to examine 2015 vote intentions: one was conducted in February-March and one in May-June 2014. These surveys asked respondents which party they intend to vote for in the 2015 general election. We also know which political party people reported voting for in 2010. The following table reveals the 2015 vote intentions among those people who reported voting Liberal Democrat in 2010.

What is also  interesting and somewhat surprising is the pick up of Liberal Democrat votes by the Conservatives (9-10%) and UKIP (9-11%). The Conservatives appear poised to gain some votes from their coalition partners while UKIP continue to pick up votes from all three main political parties (see UKIP: Picking up lumps of old Labour support?).

So is it actually feasible to talk of a Liberal Democrat ‘wipe out’ in 2015? Following the introduction of their seat targeting strategy in general elections, the Liberal Democrats seat distribution from 1992 onwards has become more efficient. This concentration of Liberal Democrat votes into key seats will be paramount in distributing their declining vote share into their number of MPs come May 8th 2015.