Is Nigel Farage a Threat to Labour? 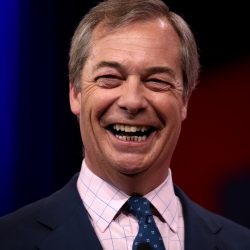 Nigel Farage’s Brexit party has had a very volatile start. The party went from nothing to winning the European Parliament elections in a matter of months, and has now fallen back to more modest levels after Boris Johnson became Prime Minister. But who does the rise of the Brexit party threaten? Nigel Farage is making the case that both the Brexit party and UKIP before them are primarily a threat to Labour. He recently claimed that UKIP “disproportionately hurt the Labour party in the 2015 general election and there wouldn’t have been a Conservative majority if it hadn’t been for the effect of the UKIP vote”.

Over the last few years, we have used the British Election Study to address exactly this question.

In 2014, we wrote an article looking at the sources of the UKIP vote. We found that UKIP drew most of its support from 2010 Conservatives rather than Labour. However, if you go back to 2005, Labour makes up a similar or even larger share of UKIP supporters. But the key thing is that the voters had already left Labour in 2010. 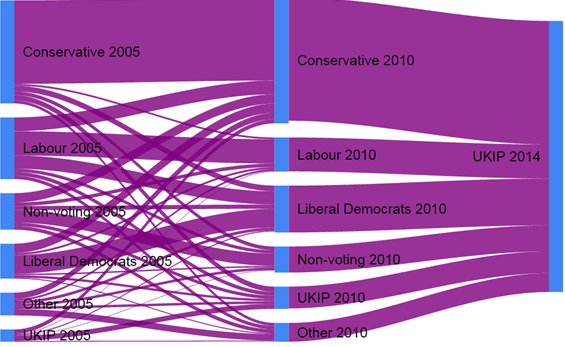 This also fits with what we saw after the election. The following figure shows the percentage of UKIP’s 2015 voters who came from each party in 2010. The Conservatives make up  by far the largest share of UKIP recruits.1

So it’s certainly not the case that UKIP disproportionately attracted Labour voters in 2015. However, another possible interpretation of what Farage is saying is that without UKIP those 2005 Labour voters would have returned to Labour rather than sticking with the Conservatives. This isn’t true either. In another paper we looked at the second preferences of 2014 UKIP voters and they disproportionately had Conservatives as their second preference. 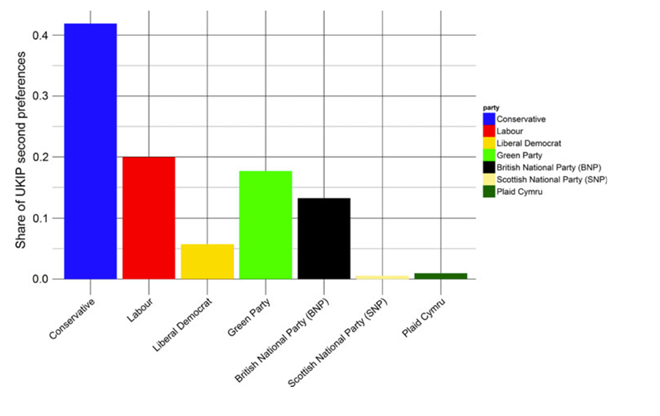 These second preferences were borne out by what happened in 2017. The following figure (from our book Electoral Shocks: The Volatile Voter in a Turbulent World) shows the vote flow for Leave voters between 2015 and 2017. The UKIP vote collapsed and flowed very disproportionately towards the Conservatives. 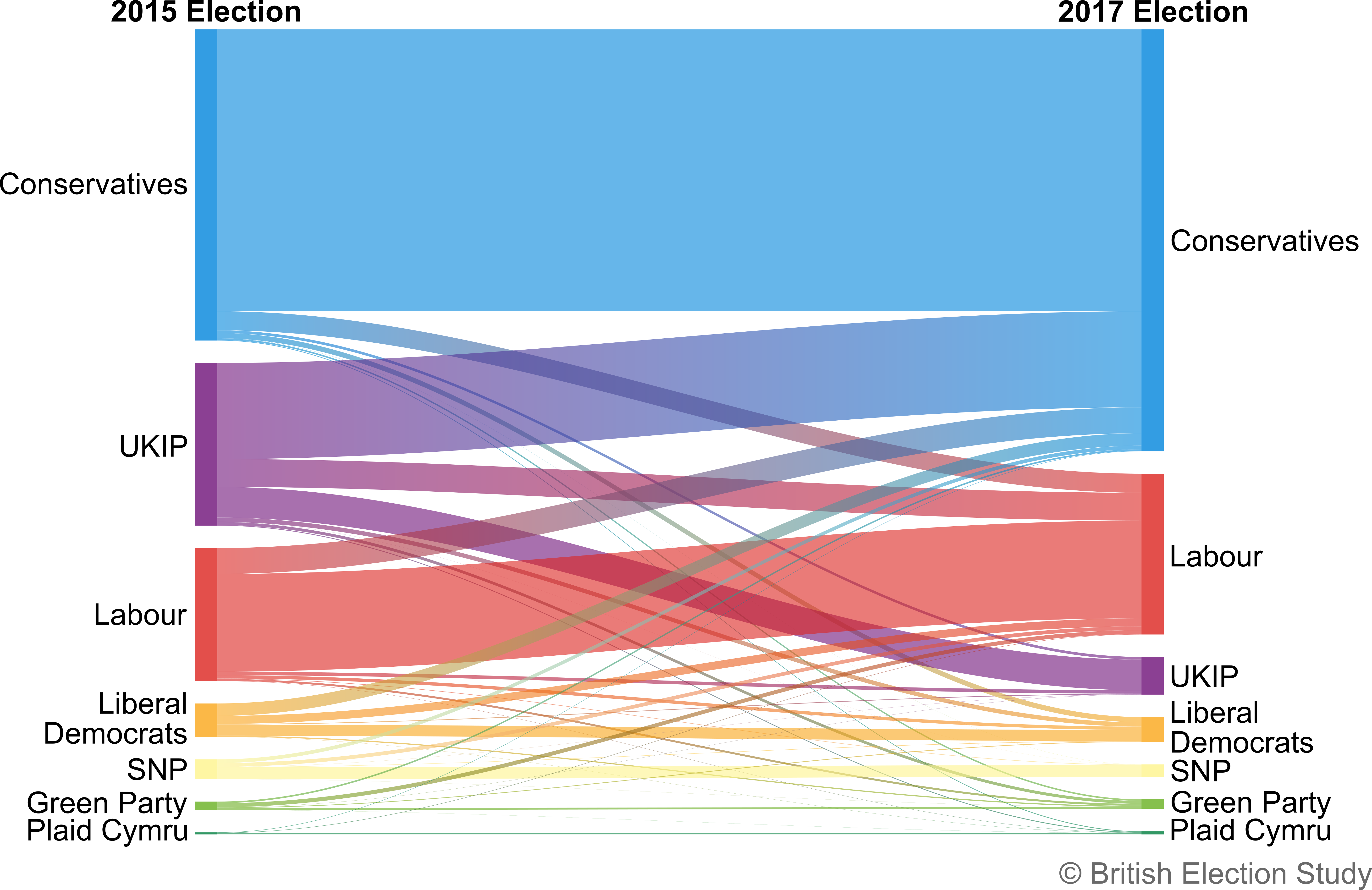 Now this is not to say that there is no possible world where the voters who left Labour after 2005 could have come back in 2015. However, the only way this would realistically happen is if immigration and Europe never rose up the agenda. As we show in our book and a paper, Tony Blair’s decision to open Britain’s borders to EU accession country immigration in 2004 linked the issues of immigration and Europe in the public consciousness and created a set of voters who were able to be swayed by the Conservatives and then UKIP. But this situation is not something Nigel Farage can take credit for. Immigration and the EU had already become mobilizing issues prior to UKIP’s rise.

1: We get a slightly different picture if we use vote recall in the 2015 face-to-face survey, where 27% come from 2010 Conservatives and 23% from 2010 Labour. However, this seems to be at least partially due to people misremembering having voted for Labour. Only 10% of the sample say they voted for the Liberal Democrats in 2010, despite the Liberal Democrats actually receiving 23% of the vote. This fits with a common pattern of voters forgetting they voted for the Liberal Democrats. If we look at the Understanding Society panel, it suggests that 32% of UKIP voters came from Conservatives, 15% from Labour and 28% from the Liberal Democrats. However, Understanding Society has far too few UKIP voters in 2015. Overall, the balance of evidence suggests that the BES internet panel is giving a reasonable picture of UKIP support and every source agrees that UKIP drew considerably more support from the Conservatives than Labour.