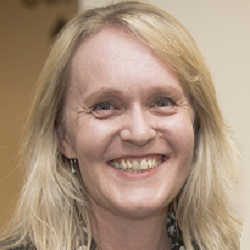 ITV are releasing our data using surveys completed by more than 22,000 people during the first four weeks of the general election campaign.

With the polls failing to shift and all the parties struggling in vain to make a breakthrough to break the deadlock, what change has there been during this election campaign – and how significant is it for the result tonight?

The Churn Under the Surface of the Campaign

Was the campaign an expensive exercise that didn’t change anything? The average headline polls showed hardly any change in England and Wales – not enough to give either of the major parties a clear lead at any point.

Using our British Election Study data we estimate the changes that happened under the surface.

We calculate the proportion of the electorate changing their support between the parties. We do this drawing on the support the parties had before the campaign (March 2015), when we surveyed 30,000 people. By April 26th we had surveyed 22,000 of those same people. The following graphs show estimates of the numbers of people who switched to and from the Conservatives and Labour.[i]

These graphs show just how with one vote gained from another party, another can be lost. With all parties pulling in different directions, sometimes the overall impact can be of little headway in one direction. This is the story of the 2015 general election campaign for Labour.

For the Conservatives the campaign was slightly more successful. For every vote they lost to UKIP over the first four weeks of the campaign they gained two back from UKIP. Our data suggests that UKIP voters returned to the Tories where the contest was between whether the MP would be Conservative or Labour. Tonight may not be as good a night for Nigel Farage as he hoped for. But the Conservatives needed to bring many more UKIP voters back to the Tory fold (the majority of UKIP voters are former Tories). The persistence and stability of the challenger parties – in votes if not in seats – will likely be one of the stories of the night. This is a major change in British elections and it is one that looks as though it is here to stay.

Voters thought Ed Miliband was doing better in the campaign than David Cameron, though Ed’s lead started to wane in the final weeks. This pales in all comparison with how well Scottish voters thought Nicola Sturgeon was doing. What might have looked like a decent performance for Ed Miliband is put firmly in context by the sky high and rocketing performance of Nicola Sturgeon for the SNP.

Part of the story tonight will reflect the huge momentum the SNP has had in Scotland before, during and since the Scottish independence referendum in 2014. That momentum continued apace during the election campaign, and Labour’s position in Scotland became more and more vulnerable.

We are also talking about the failure of Labour to make greater inroads. But it could have been a lot worse for Ed. He might be walking into Downing Street after tonight, and that will be helped by the fact that he didn’t have the terrible campaign that many people feared that he might have done. This is borne out in our British Election Study data.

Will Either Party Get a Majority?

One of the things voters have noticed is that neither Labour or the Conservatives is on course to win a majority. The main two parties may have liked to tell us that’s what they are aiming for, but voters quickly learned that a hung parliament was on the cards.

This graph shows the decline in the proportion of our survey respondents thinking one or either of the major two parties would form a government on their own.

Why does this matter?

This kind of change can be crucially important in tipping the balance of votes. That’s why the two major parties didn’t want to admit to it, but the Lib Dems and the SNP certainly did.

Many people remained undecided in the final ten days of the campaign and there may have been a some last minute changes which are not captured above. This is just another of the many reasons why election night is so exciting. We’ll finally get answers to the questions we’ve been pondering for months if not years and we’ll finally learn how the great British public has decided.

The British Election Study analysis shown here, and much more, is live on ITV throughout the night.

[ii] Thinking overall about how the party leaders are performing during the election campaign, which party leader do you think is performing best so far?

And, overall, which party leader do you think has performed worst during the election campaign thus far?