Is the country coming together after the Brexit Referendum? 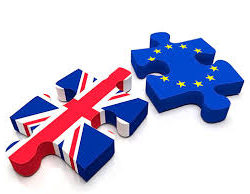 The necessity of the country coming together after the Brexit referendum has been expressed repeatedly, including by the Prime Minister. For a democratic society to function it is necessary that the outcome of elections or referenda is respected; not only by those on the ‘winning’ side, but by the losers as well. One of the most important mechanisms by which ‘losers’ consent’ is acquired is by their respect for the ‘rules of the democratic game’, and by deeming these as more important than getting the most desired outcomes from more specific political battles. But for ‘losers’ of elections or referenda to take this position, it is necessary that the process by which political outcomes are obtained is itself perceived to be legitimate and implemented fairly. If that condition is not fulfilled, it becomes difficult for those on the losing side to accept that they were in the minority, to respect the outcome of the referendum, and for the country to get together after the democratic contest has run its course.

These considerations raise the question how the conduct of the EU referendum has been experienced by British citizens, and whether there are any signs of ‘coming together’ on the Brexit issue.

The British Election Study Internet Panel (BESIP) provides some relevant insights. Respondents were asked (in Wave 7: collected in April-May, before the referendum) to express how fair they thought the referendum would be conducted, and after the referendum (in Wave 9, collected in June-July) they were asked how fair it actually had been. The latter question was repeated again after several months, in Wave 10, collected in November-December. In order to have a basis for comparison, the same question was also asked (in June 2014) with respect to the General Election of 2015. Table 1 shows how the respondents answered to these questions (don’t knows omitted, though including them does not alter the substantive conclusions).

Although the results of Table 1 clearly indicate widespread and persistent misgivings about the fairness (and by implication, the legitimacy) of the referendum, it does not tell the entire story: different groups in the British population responded quite differently. We focus here on a single distinction, between the Leave and the Remain sides.  In Figure 1 we display the average score on the fairness question for Leavers and Remainers at three moments in time: before the referendum (Wave7 of the panel), immediately after (W9), and some five months later (W10).

As can clearly be seen, there is a very large winner/loser effect in the period immediately following the vote. Moreover, not only do electoral winners become substantially more positive on the question of whether the referendum was conducted fairly, electoral losers become substantially more negative. The magnitude of the change is striking, representing as much as 20% of the range of the variable. Importantly, not only do we observe this winner/loser effect in the period immediately following the referendum vote, the effect endures. Electoral winners continue to become more positive about the fairness of the referendum while electoral losers become increasingly negative. On the basis of these data there is no indication of the nation ‘coming together’ in the period after the referendum, and a clear indication of strong feelings on the Remain side that the process was not conducted fairly (and by implication feelings that the outcome was not legitimate). Such feelings may be isolated from other attitudes, orientations and behaviours. If that were the case, they might not have further repercussions beyond an unhappiness with the outcome by the losing side. However, if the perception that the process was not legitimate leads to repercussions in other respects, the consequences for the wider democratic process may be less innocuous. To look at this we considered the effects of the perceptions of fairness on a common measure of ‘regime support’, namely the question how satisfied (or unsatisfied) one is with the functioning of democracy in Britain. The results of these analyses show that there are independent negative effects of the perception that the referendum was conducted unfairly. This negative effect applies both to the immediate post-referendum evaluation (in June-July 2016) and to the later evaluation (in November-December 2016). These results therefore not only demonstrate a significant effect of referendum vote upon satisfaction with democracy, they also show significant perceptual ‘contamination’ from the specific evaluation of the fairness of the EU referendum to the broader question of the functioning of the UK’s democracy as a whole.