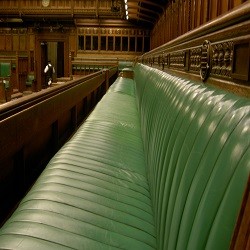 This page will be regularly updated on election night to fact check the claims and counter claims of politicians in real time. A British Election Study team led by co-Director Professor Cees van Der Eijk from The University of Nottingham’s will be scanning the election night coverage from when the polls close at 10pm on Thursday.

The data reported here were collected as part of the 2014-2017 British Election Study Internet Panel (http://www.britishelectionstudy.com/). The data were collected in March 2015, immediately before the election campaign (wave 4). Although the internet panel is not based on a proper representative sample, it is thought that it approaches representative results by applying appropriate weighting (which is done in the analyses reported here; weighted n= 16238). While the data pertain to the period immediately prior to the election campaign, longitudinal analyses and other polling data suggest that the results are still relevant at the time of the general election.

Tories  have convinced voters on the economy

David Wooding from Telegraph – BBC R5: Cons success  sign that economic recovery is key in  election. BES Data shows 65% of the electorate believe Tories will prioritise the economy in government. This compares with just 29% who believe the same of Labour, 25% who believe it of the Lib Dems, and 12% who believe it of UKIP. If the economy is key , Tories have managed to convince voters that they will give it far more attention than the other parties.

Harriet Harman tells  BBC she is certain voters understand the priorities for Labour were the NHS and family finances. Our data reveal that this too optimistic: while 58% of voters see that the NHS is a Labour priority, only 37% for ‘cost of living’ as a Labour priority.

Harriet Harman on family finances and the NHS

Humza Yousaf told BBC Radio 5 that Scots trust SNP to end austerity and protect them against the Tories – and that they are prepared to work with other parties to lock them out of Downing Street. #BESFactCheck suggests this may be true for many Scots: 75% of them do not want the Tories involved in the next government at all, and of them 50% voted for the SNP. 30% of them also voted for Labour.

Nigel Farage suggests the predicted result will boost support for a change in electoral system because it does not deliver on stable government. We cannot assess whether such a boost will occur or not, but if it does, it will build on the existence of a large group who indeed want such a change. Before the election, almost half of the voters are in favour of the current system, but a sizable minority of 37% is in favour of a more proportional system (the remainder, approximately 1 in 6 voters) has no opinion about this.

The Greens are currently claiming on ITV that the collapse in Lib Dem support and switch to them reflects the toxicity of their association with the Conservative Party: #BESFactCheck suggests that it is more likely reflect the fact that voters do not credit the Liberal Democrats with any of the major successes or the failures of the coalition government: fewer than one in five voters believe that the Lib Dems in government have been responsible for the upturn in the economy, changes in the NHS, changes in levels of crime, changes in levels of immigration and changes in the standards of education. How can you convince people to vote for you if they feel you have been irrelevant?

Ed Balls and the Issues that matter

Ed Balls: Govt Approval Ratings were low among the Tories and Lib Dems

Ed Balls claimed on ITV News that even Tory and Lib Dem voters were not particularly satisfied with the performance of the Coalition Government. #BESFactCheck suggests that this is only partly true: people expecting to vote Lib Dem are quite critical of the coalition govt, but Tories think very highly of it. For example, only 44% of Lib Dem voters feel the Coalition Govt has handled the economy well compared with 87% of Tory supporters. Only 10% of Lib Dems feel the Coalition has managed the NHS well, compared with 47% of Tories. So Ed Balls is half right: Lib Dem voters do not think the coalition government has performed all that well in key policy areas, but Tory voters are quite supportive.

Radio 5 – ComRes Poll suggests Labour’s support is based on issues, and Tory support based on leadership

#BESFactCheck suggests just 61% of Labour voters were voting for the party they believed was best able to handle their most important issue – compared with 65% of Tory supporters. Doesn’t look like Tory support is based solely on David Cameron, but, just as Labour’s support, on voters’ views that the Tories will be better able to take care of the issues they care about.

Says part of the rise of UKIP is explained by the fact that so many voters feel parties do not represent them on important issues like Britain’s relationship with the EU. He’s right: #BESFactCheck suggests that 26% of voters feel that Britain’s unification with the EU has gone far too far, but fewer than 7% feel that the Tories, Labour and the Lib Dems hold the same degree of scepticism about EU integration. 52%, however, feel that UKIP feel the same.This doesn’t necessarily mean that people will vote UKIP, however; only 13% of those who held as strong a view about the EU as UKIP voted for the party. Most (31%) voted Tory.

David Blunkett just told ITV same thing: that the Lib Dems have been blamed for all the bad things while the Tories have taken the credit for all the good things. Actually, #BESFactCheck suggests that most people don’t credit the Lib Dems with very much. For example, 60% of voters feel that the coalition handled the economy badly – but only 20% blame the Lib Dems. Most voters don’t feel the Lib Dems are responsible for very much in government.

Davey: Lib Dems pulled the country & economy out of quagmire

Ed Davey told Sky News that Liberal Democrats played a vital role in pulling the British economy out of the quagmire. #BESFactCheck suggests that most voters don’t agree: only 19% feel that the Lib Dems are responsible for the changes in the economy, and only 40% of Lib Dem supporters feel this is true.

Menzies Campbell has told Radio 5 that many people supported the idea of the coalition government and should have voted in favour of it. #BESFactCheck data suggests that most voters do not support a coalition – 56% of voters would prefer to see either a Conservative or Labour majority government to either of them being involved in another coalition.

Jane Green just suggested on ITV that a clear anti-austerity message would have benefitted Labour and LibDems. Very plausible indeed, as only 25% of people feel that it is ‘completely necessary’ for the deficit to be eliminated. Even among Conservative this is only 38%.

The rise of the SNP?

Many are wondering (e.g. BBC around midnight) just why the SNP look to be doing so well in Scotland. One reason is that more Scots view the SNP as best able to deal with the issues most important to them than any of the other parties e.g. 23% of Scots say the SNP can best look after the issue which matters most to them; only 16% believe either Labour or the Tories can do so. 56% of those who say the SNP can best deal with the issue of most importance to them said they would vote for the SNP.

Election won because coalition was successful?

Matthew Parris told ITV that the election was won because the coalition was a success. He’s partly right – it seems to have worked for the Tories, but not the Lib Dems. #BESFactCheck suggests that 87% of those who would vote Tory felt that the economy was handled well, compared with 44% of those planning to vote Lib Dem, and just 17% planning to vote Labour. Outside the economy, though, the picture is a little less convincing. Only 35% of those who plan to vote Tory felt the NHS was handled well by the coalition, along with just 11% of Lib Dems. Only 18% of potential Tories felt that immigration was handled well, along with 8% of Lib Dems. So it may be true that the coalition’s record has a lot to do with why the Tories appear to have done so well – but only in so far as the coalition, and more particularly the Tories, are credited with the economic recovery.

Theresa May on leadership

Theresa May tells BBC David Cameron grew in leadership qualities during the campaign. Not supported by BES data that demonstrate that positive evaluations of leaders increased over the course of the campaign only for Nicola Sturgeon and not for any of the other leaders. See also: http://www.britishelectionstudy.com/uncategorized/itvs-election-analysis-by-prof-jane-green

Andrew Marr tells BBC it appeared, given the support for UKIP and the Tories in England, and for the SNP in Scotland, that England was moving further to the right, and Scotland to the left. #BESFactCheck shows that he might be right – on a scale from 0 (meaning far left) to 10 (meaning far right), the typical English voter scored themselves 5.3, while the typical Scot scored themselves 4.5. Wales sits in between, on an average of 4.8.Is this reflected in how party voters see themselves? It seems so; people who planned to vote Tory and UKIP in this election rated themselves 7.1 and 6.6 respectively. SNP voters rate themselves at 3.6, and Labour voters at 3.5

Digby Jones on ITV says Labour’s poorer than expected showing is due to ‘waging war on wealth creators’. This seems not to be compatible with what we find in our data: high overall popular agreement with the following statements “Government should redistribute incomes” (agree 52%, disagree 23%), “Big business takes advantage of ordinary people” (agree 77%, disagree 8%), “Ordinary working people do not get their fair share” (agree 72%, disagree 11%), “There is one law for the rich and one for the poor” (agree 71%, disagree 14%), and “Management will always try to get the better of employees” (agree 68%, disagree 12%).

Does the rise of UKIP and the Greens point to a deeper disenchantment with British democracy?

What was the point of the Lib Dems?

Jenni Russell tells ITV that poll predictions might have been wrong because of the advent of internet polls which, she says , consistently put Tories higher than internet polls did. However, data from UK Polling Report shows telephone and internet polls  predicted a dead heat between Conservatives and Labour; only difference was that internet polls predicted somewhat better results for UKIP.  Jenni, you got it wrong. See also http://ukpollingreport.co.uk/

#BESFactCheck suggests she might be right – 1 in 3 Scots do not want either Tories or Labour involved in the next government. This compares with 1 in 4 in Wales, and 1 in 5 in England.