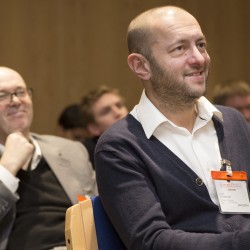 The British Election Study made its presence felt in Westminster on December 9, when journalists, political scientists and party staffers were given a series of 10 powerful insights into the General Election, now just a few months away. There was extensive media coverage of the day.

Below is a summary of what they said.

From which parties will Ukip win votes in 2015?

Professor Geoff Evans and Dr Jon Mellon, University of Oxford
“We find that Ukip will inflict much more damage on the Conservative Party in the 2015 General Election than on Labour. Many of Labour’s core supporters, who could be expected to support anti-EU and anti-immigration positions of Ukip, had already deserted their party between 2001 and 2010 as a reaction to Blair’s New Labour project. They have since moved to UKIP, in many cases stopping off at the Conservatives on the way. So while much of the damage has already been done to Labour, the switch from the Conservatives to Ukip is still happening: in Labour constituencies Ukip can be expected to take far more votes from opposition parties than from Labour itself.”

How big is the representation gap?

Professor Cees van der Eijk, University of Nottingham
“A sizeable segment of the British public sees none of the political parties as electorally attractive, and is thus not well represented. One of the most important drivers of this lack of representation is perceived lack of differentiation between the parties, particularly between the Conservatives and Labour. The consequences of this representation deficit are strongly depressed rates of attention, involvement and participation.”

Where will the parties do well and badly in 2015?

Dr Stephen Fisher, University of Oxford
“Dramatic changes are in store for the geography of electoral competition in May 2015 with important implications for seats. The doubling of SNP support in Scotland presages big Labour losses north of the border and potentially a pivotal role for the SNP in a hung parliament. The geography of Liberal Democrat support in the BES suggests even greater losses for the party than the already dire overall vote share in the polls. And despite the important effects of the substantial rise of Ukip on the shares of the vote for the two main parties, Ukip are not set to win many seats nor have a disproportionate effect on the competition for seats between the two main parties in their key marginals.”

Does it matter how your friends vote?

Professor Ed Fieldhouse, University of Manchester
“The smaller parties are at a disadvantage insofar as fewer people have Ukip or Lib Dem discussion partners and are therefore less likely to hear positive messages of support about those parties. This matters because having no friends to corroborate a party preference leads to higher chances of defection. Conversely, having friends and family who support a party substantially increases the chances of switching to that party. The trouble for less well established parties is that despite the larger parties being increasingly unpopular, there is a very long way to go before any more than a handful of voters can say “if they’re good enough for my friends, they’re good enough for me.”

Is Ukip Reaching the Parts of the Electorate Other Parties Cannot Reach?

Professor Jane Green, University of Manchester
“It’s not necessarily true that Ukip is winning votes from the disillusioned who think politicians are all the same and who have stopped participating in British elections. Our BES data show quite clearly that Ukip isn’t reaching the parts of the electorate that other parties cannot reach. It does show that Ukip is picking up support from those who distrust politicians, but crucially this support is significantly higher among who tend to vote in general elections. Political distrust and disaffection is an important part of Ukip’s success. However, to assume that Ukip is outperforming all other parties in reaching those disengaged from politics is either premature or simply incorrect.”

The importance of the Europe question

Professor Hermann Schmitt, University of Manchester
“European integration seems to be a hot issue for the electorate. This is at least what the central actors in politics believe. Otherwise, how would the current PM require serious renegotiation of treaty agreements with the EU and announce a referendum sometime after his assumed re-election? But the facts revealed by the third wave of the online panel data of the BES are sobering. When controlled for general Left-Right orientations, the EU issue does not add much to our understanding of voting decisions; it adds least for the party of the PM.

“Looking at the importance of Europe, there are three lessons. The first is that though ‘Left and Right’ is definitely a feature of European politics, this dimension is not integrated into all aspects of the political discourse. Secondly, the electoral potential of the Conservative Party is, surprisingly, the least affected by the question of Europe when compared to the other major parties, including Ukip. But thirdly, Europe is still key to Ukip’s electoral potential, though, other issues in the Left Right debate are equally important.”

How is Ukip’s support evolving?

“The third wave of the BES reveals that UKIP continues to hold on to many of the voters it picked up in the run-up to the 2014 European elections. Though the party has experienced modest declines in loyalty since early 2014, still more than one in two of the party’s 2014 voters say they would vote UKIP in a general election. And even though UKIP’s supporters continue to be motivated by concerns over immigration and Europe, the party has made gains among a wide range of groups in society, including groups where the party has traditionally struggled to gain support. Moreover, UKIP’s gains outweigh those made by the other major parties during the same period, which suggests that that party continues to mount a strong challenge to the established political system heading into 2015.”

Meltdown: Can the LibDems avoid disaster in 2015?

Professor Andrew Russell, University of Manchester
“Entering into coalition with the Conservatives in 2010 has caused electoral trauma for the LibDems and now fewer than a quarter of the people who voted Liberal Democrat in 2010 say they will vote for them again in 2015. However, as the 2015 General Election will not be decided by geography of the vote as much as by vote share, the Liberal Democrats are likely to concentrate their campaign on defending certain seats rather than trying to win new ones. The evidence seems to suggest that they stand a better chance of defending seats against the Conservatives than against Labour, and will try to fight a series of battles on using local records rather than national ones and trying to benefit from local campaigning and organisational strength and from incumbency effects and personal votes for the sitting MP .”

Can the Conservatives win the ethnic minority vote?

Dr Maria Sobolewska, University of Manchester
“Since 2010, Labour’s ethnic minority vote has collapsed, and the party can no longer take these voters for granted. In particular, just less than a quarter of Indian voters have abandoned the party: the numbers identifying with the Labour Party fell from 77 per cent in 1997 to 45 per cent in 2014. But it does not follow that those ethnic minority voters who abandoned Labour will turn to the Conservatives, despite Tory attempts to woo them. Ethnic minority voters who live in diverse areas, are rarely exposed to party campaigning and are aware of racial prejudice, are still unlikely to vote Tory.”

How satisfied are voters with their MPs?

Professor Phil Cowley, University of Nottingham
“The claim that while people don’t like politicians as a species they do like their own MP has now become a political truism. You hear it a lot from some MPs, for whom it has become a bit of a comfort blanket; battered by years of press and public hostility, they can reassure themselves that the animosity is nothing personal, that while other politicians may be disliked, they personally are OK. But the idea that we really rate our local MP whilst hating MPs in general is wide of the mark. Most BES data shows that people rate their local MP pretty much the same as they rate MPs in general, and a minority are a bit more positive about their local MP than they are about MPs in general. Whatever else is going on, there’s not a lot of love for them.”